A 58-year-old farmer, identified as Kudjo Dakudzi, has allegedly been murdered at Somanya in the Eastern region over land litigation.

The incident is said to have occurred in front of his two children with whom he was working on his farm on Wednesday.

Mr Dakudzi’s assailants reportedly hit him with sticks multiple times in his rib before butchering him right in front of his children.

A 32-year-old Martey Joshua, son of the deceased, narrating the incident to Accra-based radio station, Starr FM, said he was also in his farm when he received a call about the incident.

“I anxiously rushed to the scene and saw my father lying dead in his farm at Akorley Foah with blood all over his body; with cutlass wounds inflicted on him,” he said.

He said the assailants chased his brothers, Desmond and Mamuli, aged 13 and 18 respectively after they spotted them in the farm but they managed to escape.

He said the cutlass wounds were found on the victim’s head, both arms and mark of assault on both ribs and shoulders upon inspection.

Farmer who chopped off his scrotum while asleep breaks silence 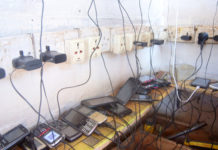 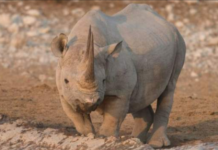