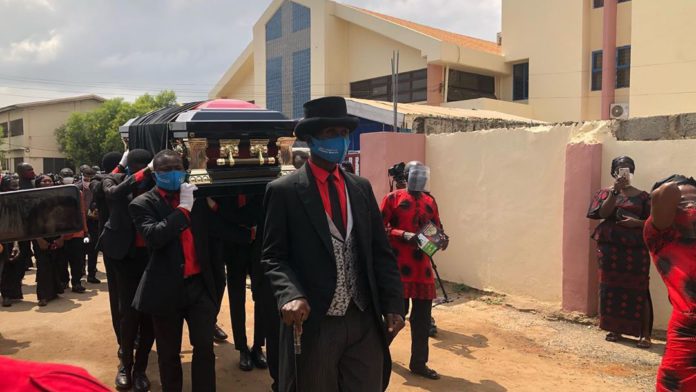 On Saturday, July 25, 2020, veteran journalist, Nana Agyei Sikapa of the Despite Group was finally buried.

The late journalist, who was known for having firm grip on Ghana’s customs and traditions, died in June after a protracted illness.

And as expected, his funeral ceremony was attended by many dignatairies in the media, mainly from the Despite Group to bid him farewell.

In attendance to showcase their skills was the famous Otafrija Dancing Pallbearers.

In a video circulating on social media, the pallbearers were seen exhibiting their famous walking skills while carrying the coffin containing the mortal remains of the journalist.