Adomonline.com has, in its possession, a press release from the camp of Rufftown Record label delegating their managerial powers to Mr Opoku Kwarteng, the father of the late Dancehall diva, Ebony Reigns.

The release states that Rufftown records have parted ways with Ebony Reigns making way for her dad to be the new manager of her daughter.

“RuffTown Records wishes to announce to the fans and the general public that the record label is no more interested in releasing unreleased songs of the late Priscilla Opoku Kwarteng professionally known as Ebony Reigns who is the reigning VGMA Artiste of the Year 2018 as promised.”

The release also added that “the label will not be releasing any songs from the 90’s Bad Gyal. Rufftown Records owns 60% of royalties of Ebony Reigns unreleased songs but we are giving away full ownership to her father Mr Opoku Kwarteng.”

After the demise of Ebony, there have been several disagreements between her father and manager, Ricky Nana Agyemang over managerial issues among others. 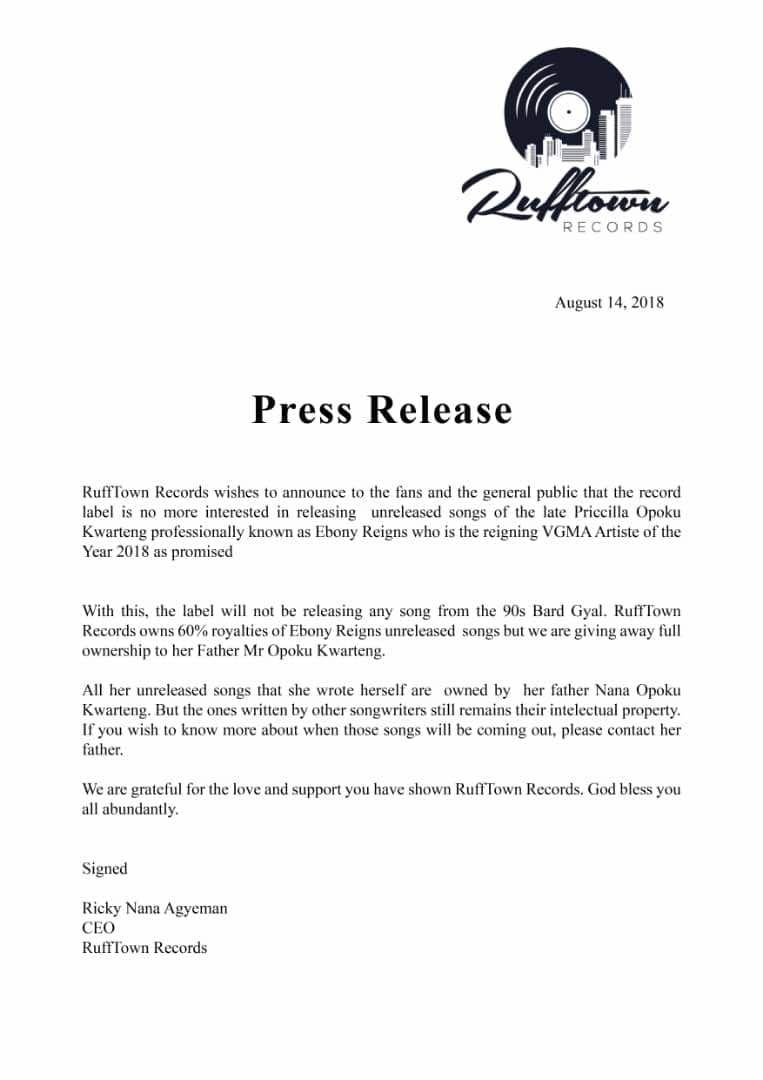