Frank Lampard has signed a contract to take over as manager of Premier League side Everton, according to English media reports on Sunday.

Lampard, who has been out of work since being sacked by Chelsea in January 2021, has agreed a two-and-a-half-year deal with the Merseyside club, according to reports from the BBC, Sky Sports and a number of other media.

Everton sacked Rafa Benitez earlier in January following a run of only one victory in 13 league games. Former Everton striker Duncan Ferguson took temporary charge of the team for their next game, a 1-0 defeat at home to Aston Villa.

Former England midfielder Lampard called time on a glittering playing career, the majority of which was spent with Chelsea, in 2017. He moved into management a year later with Derby County, becoming Chelsea coach in 2019. 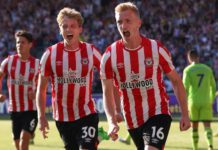