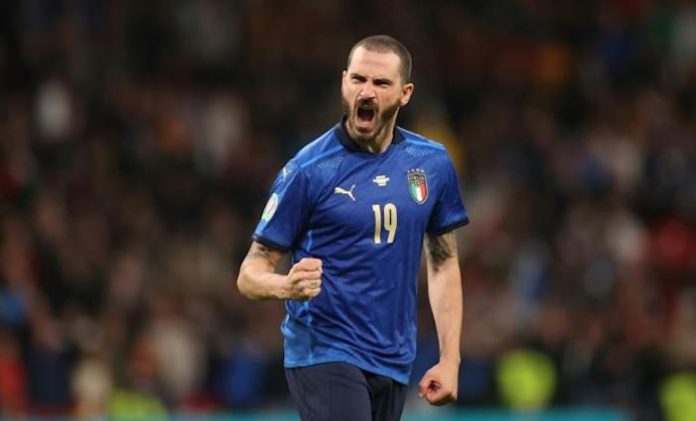 Leonardo Bonucci says Italy “are not afraid” to contest the Euro 2020 final on English soil when the two sides face each other on Sunday.

Italy beat Spain on penalties after a captivating semi-final at a boisterous Wembley Stadium on Tuesday.

“Even though there will be a mostly English crowd, it will give us additional motivation,” Bonucci said.

As many as 1,000 Italian fans will be allowed inside Wembley to watch the game.

Juventus defender Bonucci, 34, will line up alongside 36-year-old centre-back partner Giorgio Chiellini to face an England team with an average age of 25.

Bonucci joked it will be “youngsters against old men” as Three Lions boss Gareth Southgate can call upon the likes of Bukayo Saka, 19, and 21-year-old Jadon Sancho in his attack.

“They have very strong attackers, we will need great attention towards them and the whole team,” he said.

“We know the difficulties they can give us and we will have to be careful about their speed.”

England’s 55-year wait to reach a major men’s final came to an end on Wednesday as they came from behind to triumph in extra time against Denmark.

Danish winger Mikkel Damsgaard’s stunning free-kick is the only goal England have conceded in the tournament and Bonucci was quick to praise the Three Lions’ backline.

“England have a super defence, I already said this during the qualifying phase,” he said.

“They have an excellent midfield, and behind them are [Harry] Maguire and [John] Stones, who had great seasons at Manchester United and [Manchester] City.

“We will need to give great attention as a defence and show a lot of cunning to score in attack.”

Four-time World Cup winners Italy are looking to lift their first European Championship since 1968 after losing in both the 2000 and 2012 finals.

The final of the 2020 Euro will be aired on Adom TV with radio commentary on Adom FM and Asempa FM. 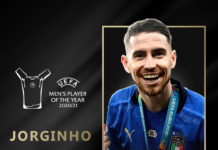