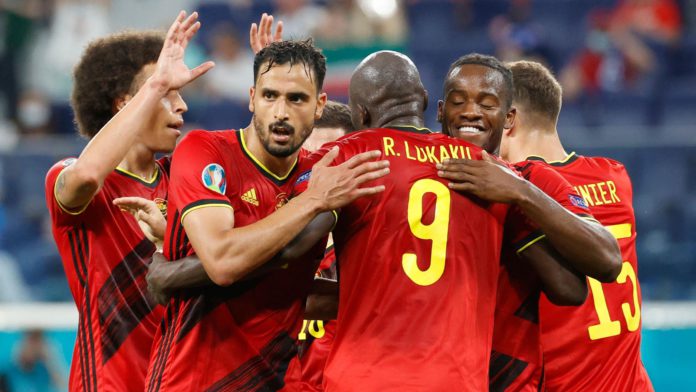 A Lukas Hradecky own goal and a late Romelu Lukaku strike saw Belgium beat Finland 2-0 in Saint Petersburg to top Group B and progress to the last-16 of Euro 2020.

Belgium’s 100 per cent win record in the group sees them sail through to the knockout stages, while Denmark’s 4-1 victory over Russia means Finland will have to wait and see if they qualify as one of the best third-placed sides.

The Red Devils dominated possession but lacked fluidity in a match played at a slow tempo. As Finland sat deep, Axel Witsel and Leandro Trossard both had speculative efforts past the half-hour mark which flew over the bar.

Neither side were able to put any flowing attacking moves together in a tepid first half and the best chance of it landed at the feet of Jeremy Doku. The 19-year-old switched to the left flank, cut in onto his right boot and drove a shot on goal which Hradecky did well to parry away.

Belgium continued to push forward in the second and had a flurry of chances through captain Eden Hazard and Nacer Chadli. Hradecky produced the save of the night in the 63rd minute as he got down low to deny the Real Madrid forward from only a few yards out.

Lukaku thought he scored in the 65th minute when he slotted his tidy finish from close range. But well after all the celebrations, it was chalked off with replays showing the Inter Milan striker was marginally offside.

Belgium did finally get their goal in the 74th minute as 35-year-old Thomas Vermaelen steered his header from a corner in off the post before it bounced off Hradecky’s left hand and crept over the line.

Lukaku wrapped up a successful group stage for Belgium six minutes later as he took on a Kevin De Bruyne pass in the box, turned and fired a powerful low shot into the bottom corner for his 63rd goal for his nation.