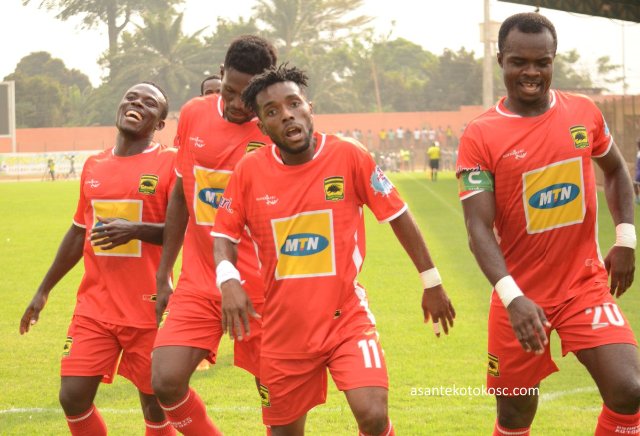 Tunisia’s Etoile Sportive du Sahel has sounded a note of caution to Asante Kotoko S/C as the two sides clash in a crucial second leg tie of the Total CAF Champions’ League in a forth night time.

The first leg, honoured at the Baba Yara Stadium, Kumasi, on September 15, 2019, ended 2-0 in favour of the Porcupine Warriors.

However, officials of the Tunisian side are citing poor officiating for their defeat.

“The match would be different in Sousse, and we are optimistic to beat Kotoko by a heavy margin in our home match,” Faouzi Benzarti, Head Coach of Etoile, told newsmen in Kumasi.

The Tunisians were lucky to have ended the first leg without attracting a red card, following constant harassment of Liberian Referee Hasan Corneh for most of the decisions he took on the field of play.

“The referee demonstrated biased officiating and this dampened the morale of our players,” Coach Benzarti said.

He said they were motivated to beat Kotoko given their impressive outings against the Porcupine Warriors in their four previous meetings, in which they emerged as the victors.

Two-time African champions, Kotoko, had since 2006 failed to make it to the group stage of the continent’s most prestigious club competition, and had since 1983 also failed to annex the cup.

The Porcupine Warriors, though carried the day, the mixed expression on the faces of their teeming supporters aptly described the herculean task ahead of their idol club, bearing in mind the difficulties Ghanaian clubs go through in their trek to engage North African teams.

Meanwhile, Kotoko Head Coach, Kjetil Zachariassen, has defended his decision to include Kenyan import, George Abege, in their first leg fixture, saying it was for tactical reasons.

“We played a high-intensity game, therefore, Abege’s inclusion in the squad was strategic as he was constantly a thorn in the flesh of the Etoile defencemen,” the technical handler said.

George Floyd: Protesters to get tested for Covid-19

Is s3x really good for your skin? [Read]