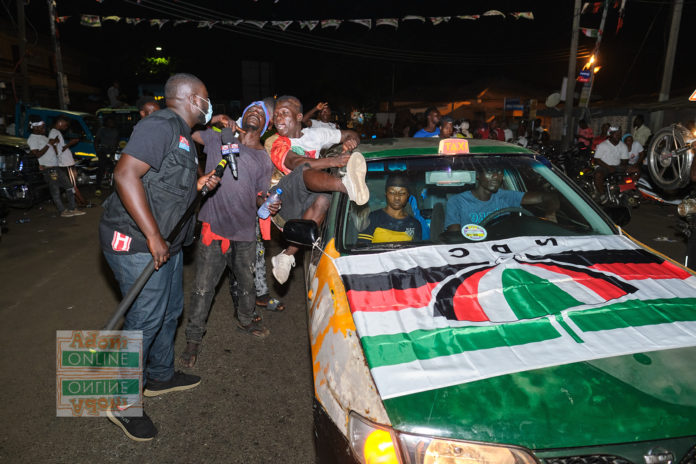 A delegation from the National Peace Council led by its chairman, Rev. Dr. Ernest Adu-Gyamfi has been attacked at the NDC headquarters in Accra.

The delegation was on a visit to the headquarters of the NDC for tête-à-tête with the party in connection with the release of the 2020 election results.

The Chairman of the Council confirmed that upon arrival, irate NDC youth gathered at the forecourt of the party’s headquarters met them with stones, gunshots, and other dangerous weapons, preventing them from accessing the premises.

“We were met with serious hostilities and violence at the NDC headquarters. As I speak now, board members who were part of the delegation are psychologically traumatized,” he said.

Rev. Adu-Gyamfi said their purpose for being at the headquarters was to sit with the party leadership to discuss the allegations of election malpractices made by the NDC and to find a way to peacefully resolve the differences for the sake of the country.

The board were, however, able to meet the leaders of the National Democratic Congress after the incident who were rather cooperative.

Unfortunately for the group, much could not be discussed as members of the board were traumatized by the incident and will need ample time to regain composure before any discussions can proceed.