The Public Utility Regulatory Commission (PURC) has called for calm between the Electricity Company of Ghana (ECG) and consumers over challenges facing prepaid meters.
Thousands of households, shops and offices have been without electricity since the beginning of the week because of a systems failure at ECG.
People living in Accra West District classification of the ECG which includes Achimota, Kaneshie, Dansoman and Asylum down have formed long and winding queues at the offices of the power retailer in search of prepaid credits.
PURC, the industry regulator has been criticized for remaining silent since the problem began on Monday.
ECG officials say the problem was caused by some technical challenges their system is facing and have assured customers of a swift resolution of same.
But the PURC has given ECG up to Friday to fix the problems or face sanctions.
The Executive Secretary of the Commission, Maame Dufie Ofori speaking in an interview said the nation’s power distributor has 24 hours to bring the situation under control.
“As the regulator, it is not a matter of just accepting what the ECG stated as the reason. We have the mandate to investigate [and] we’ve started working on it. We are therefore calling for calm between the two parties because we are not happy about the development” she said on Accra based Neat fm.
Maame Dufie Ofori indicated that investigations have begun into the crisis and the ECG has been asked to explain to the commission why it should not be sanctioned.
Source: Adomonline.com/Dorcas Abedu-Kennedy 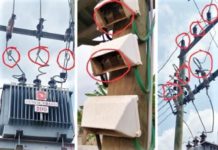 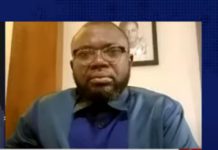 Increase in tariffs will affect our businesses – Ghana Hotels Association