The Liberian government has confirmed the death in childbirth of a nursing assistant who was among those named Person of the Year by Time magazine in 2014 for helping to fight the Ebola outbreak.

Salome Karwah died two weeks ago, but news of her death has just become public knowledge, according to Tolbert Nyenswah, the man who headed Liberia’s Ebola fight and who now heads the country’s newly established National Public Health Institute.

Ms Karwah contracted Ebola but recovered, making her immune to the illness. She went on to become a nurse and treat others suffering from Ebola.

This is the link to Time’s original article – Ms Karwah is pictured top left: 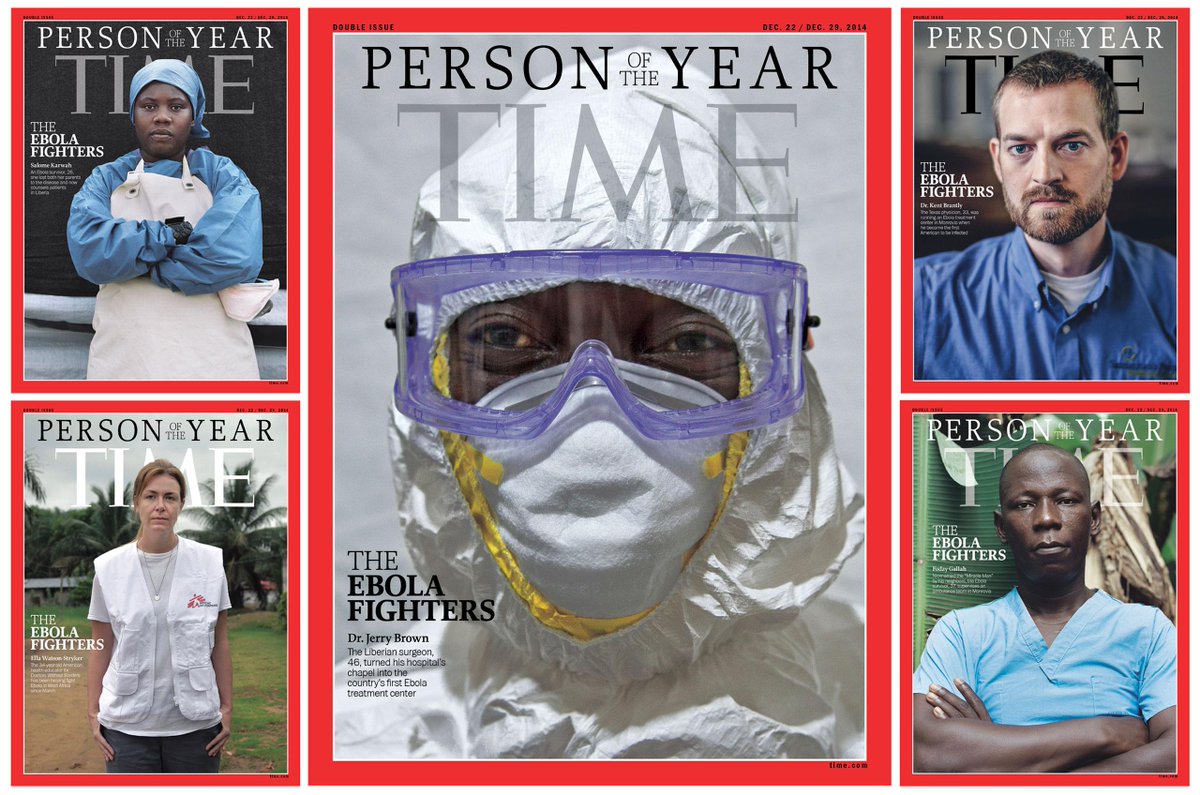 Read the full story on The Ebola Fighters, TIME’s 2014 Person of the Year https://t.co/s7NBl6FEuz #TIMEPOY pic.twitter.com/5iw9tXm0Lz

People became infected with the virus from direct contact with someone with Ebola through broken skin, or the mouth and nose, with the blood, vomit, faeces or bodily fluids.

Mr Nyenswah said that earlier this month Ms Karwah underwent a C-section at a hospital close to the Ebola centre where she was admitted two years ago:

Normally if a Caesarean section is conducted, the person is supposed to stay in the hospital for seven days and monitored to see whether there are complications.

But to my understanding, that protocol was breached; she spent less than that in the hospital and was discharged and when she was facing complications her husband took her back to the hospital for further care.

This was an unfortunate situation with this person who had survived Ebola to have died from childbirth in a major hospital.”

Mr Nyenswah said the authorities were investigating reports that healthcare workers refused to treat her for fear that she may still have been able to pass on Ebola.

“The investigation is not concluded, so I wouldn’t want to jump the boat,” he said.

Ms Nyenswah leaves behind four children, including her newborn.