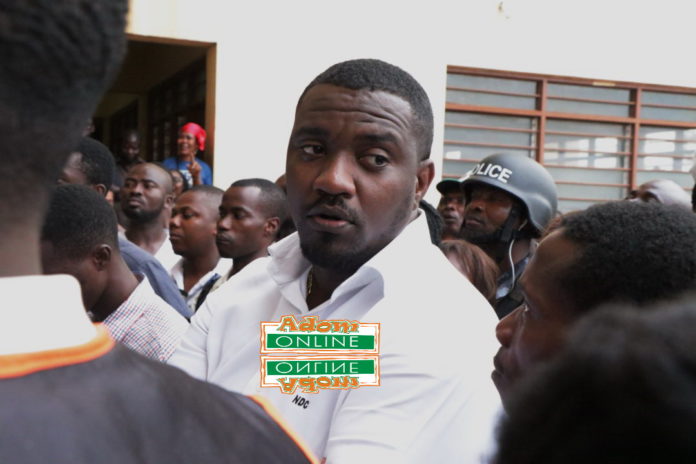 Actor, John Dumelo has given an epic response to a follower who insists won’t vote for him and that he’ll lose in the 2020 polls to emancipate himself from mental slavery.

The Twitter follower in commenting on a move by John Dumelo to take photos with first-year students of the University of Ghana mentioned that regardless of what Dumelo does, he will lose the election in 2020.

Reacting to the post, John Dumelo called on the young man to emancipate himself from mental slavery.

He said ” Your profile says “emancipate yourself from mental slavery”….I wish you practice what u preach,” in response to “We still won’t vote for you”.