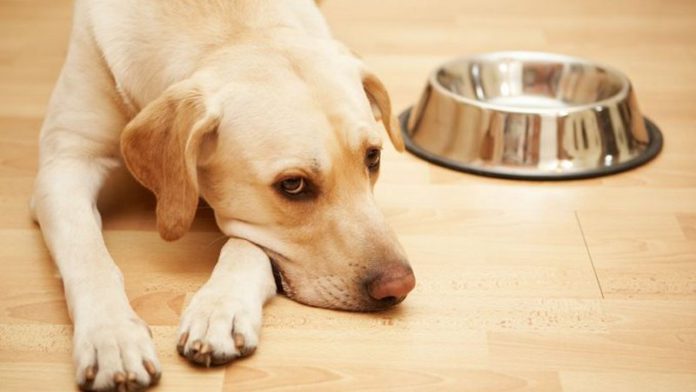 Dogs love their owners unconditionally – and would go to the end of the world for them.

One dog has proven his loyalty towards his owner after spending four months waiting outside a hospital for him to be discharged.

The homeless owner was seriously injured after being stabbed in a public park in São Paolo, Brazil.

He was taken to Santa Casa de Novo Horizonte Hospital for emergency treatment – but had to leave his dog behind as the medical team wouldn’t allow the animal in the ambulance.

Not wanting to leave his owner’s side, the dog chased after the emergency vehicle for miles and sat outside the hospital

The man died of his injuries in hospital.

Cristine Sardella, who spotted the dog outside the hospital after attending an appointment, ended up asking after him at reception – and was heartbroken to hear his story.

Sharing the dog’s ordeal on Facebook, she said: “We have so much to learn from animals.

“This dog stays every day at the door of the holy hospital waiting for its owner who has unfortunately passed away.

“I know it’s fed by some people. His waiting is in vain, but the love he nurtured for his owner is eternal.

“I also observe the respect that the staff of the holy hospital have for him. And so, life goes on, animals teaching humans true love.”

Thanks to Cristine’s post on social media, the dog was picked up by an animal charity and adopted soon after.

But unable to settle in to his new life, the dog ran away to continue his search for his original owner.

Cristine told The Mirror : “Very sad the story of this dog. He was adopted after my posting but he escaped and no one knows his whereabouts.”

Commenting on the dog’s story, one user said: “They should of let him see the body so that the dog could understand what happened to his master, and then he could let go of the one he loved so much.

“This beautiful dog should get a chance to love someone again.”

Another user added: “Dogs are like people and have a tremendous bond to the ones they love.

“He doesn’t understand – he thinks his owner is still inside.

“I know it’s against hospital policies but they should bring the dog through the hospital to where his owner passed.

“He will smell that he is no longer there and he will be able to grieve and move on.”