Holly the dog doesn’t beg for treats — she pays for them.

The New York canine’s bizarre obsession with paper bills began when she was just a puppy, according to her owner, Casi Cook. And it wasn’t long before she realized that money wasn’t just fun, it was useful. 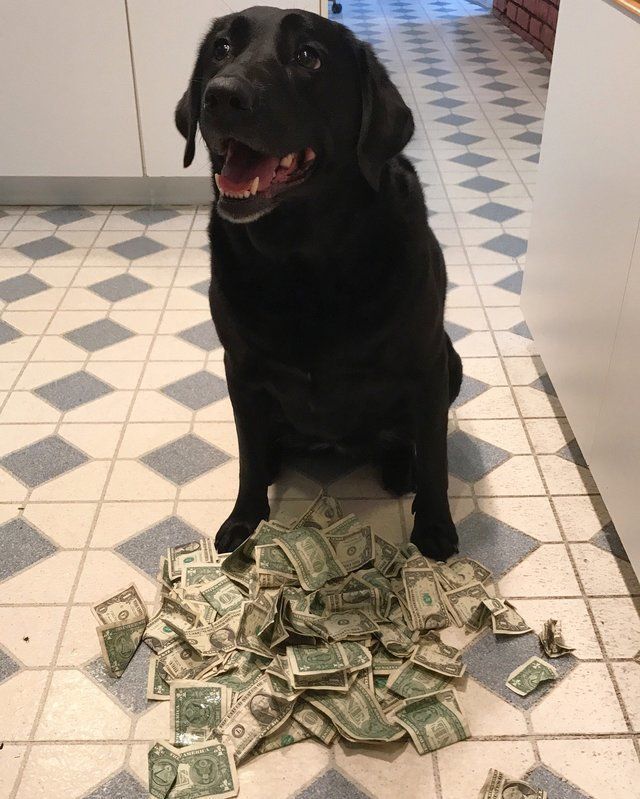 Holly can buy a lot of treats with that stash.

“She was a thief, just like any puppy,” Cook told The Dodo. “She used to steal stuff out of all our bags, including money, and instead of chasing her around the house we would kind of bribe her with treats, so when she had money in her mouth we didn’t want her to eat it so we would say, ‘Here Holly, take the treat and give me the money,’ so it clicked in her head, if she has the money, she will get treats.”

Cook works at a restaurant, and Holly comes running whenever she’s counting her tips, according to The Dodo.

“When Holly hears us counting money, within seconds she is sitting with her head right on your lap nudging your hands until you give her a dollar,” Cook told HuffPost in an email. 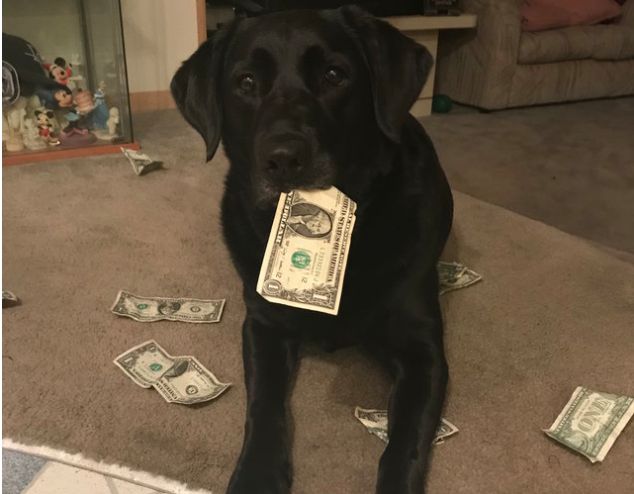 Holly even has a couple of “piggy banks” at home.

There are two containers in the kitchen that function as “piggy banks” for Holly.

“All the money that is around the house is the money she uses to ‘pay’ for her treats,” Cook said. “And when she pays we put it in the bank until she runs out of money around the house. And than we restock her up.”

Sometimes, when Holly wants a treat, her humans will ask her for a dollar, and she’ll go find one. Other times, Holly is more pro-active.

“When we are at the dinner table, she will quietly walk up to one of us and just gently place a dollar on our laps and look at us with that puppy face,” Cook told People.

How can you say no to this?

Holly’s financial savviness isn’t her only intriguing quirk. Cook said that Holly also sits in a chair at the dinner table with her human family — though she doesn’t eat directly of the table.

“Aside from being a crazy money lady, Holly is the sweetest, smartest dog I’ve met,” Cook said.

Cook says she realizes money is known to be pretty dirty, but Holly’s obsession has been going on for more than four years and she’s never had any health issues. She noted that Holly really doesn’t have it in her mouth that much.

Plus, she added, “there is nothing we can do about having a dog who is passionate about money. There’s no stopping that now!”