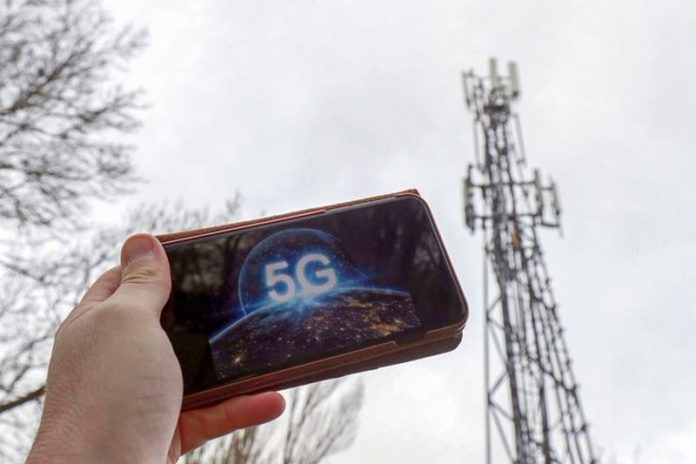 A conspiracy theory claiming 5G wireless communication technology is responsible for causing the coronavirus crisis has been widely shared online.

Social media bosses have been urged to do more to crack down on the ‘crazed’ theory after two 5G masts were torched, while YouTube has moved to ban all videos falsely claiming  ‘5G causes coronavirus’.

One doctor has now spoken out against the conspiracy theory to say it is ‘impossible’ to link 5G to the outbreak of Covid-19, as reported by Wales Online.

NHS GP Dr Gero Baiarda has launched a ‘myth-busting’ series, addressing issues about the pandemic, and says the 5G theory is ‘scientifically incorrect’ and should be treated as fake news.

Dr Baiarda, who works at online GP-on-demand service GPDQ, responds to some of the most common theories related to 5G.

Theory one: 5G suppresses the immune system so much that it allows you to catch the coronavirus easily.

Dr Baiarda : “No, it doesn’t. 5G radio waves are very inert low frequency waves that have no discernible effect on human beings.”

He says 5G radio waves do not carry enough energy to causes harm and research has demonstrated this ‘beyond reasonable doubt’, adding: “The wavelengths emitted from your microwave oven are more powerful than 5G – both are perfectly safe.

“5G occupies the same wavelengths as those previously used by analogue TV.

“Therefore, claiming that 5G waves will weaken your immune system to the point that you are defenceless against Covid-19 is like saying that the old-fashioned TV signals caused pandemics. We lived with them for more than 70 years, and they clearly did not.”

He states immune systems can be compromised by other co-existing health conditions, such as diabetes or asthma, and it will also naturally decline as you get older.

A large number of people affected by the virus have been elderly or those with existing health conditions, and the GP states their levels of exposure to 5G waves have not been a factor.

Theory two:  The virus can travel on 5G waves and invade the human body.

Dr Baiarda: “ No, it can’t. There are only very specific sites in the human body where the virus can invade and start to make you ill.

“To enter the human body, the virus needs to be absorbed by receptors predominantly found in our eyes, noses and mouths.

“There are also receptors deep down in the lungs – for the 5G theory to be true, the virus would have to somehow hitch a ride on these very specific low frequency wavelengths, which is impossible, before making their way like guided missiles into your eyes, nose or mouth.

“All viruses, including the SARS-Cov-2 virus (that causes Covid-19), decay relatively rapidly if they do not find a host. It is not possible for them to be transferred by 5G over even short distances, let alone over cities, lakes and rivers, through walls and into you.”

Dr Baiarda says the virus is transferred effectively from person to person which is why we are advised to use social distancing, and has no way of moving on it’s own.

He added that research by ICNIRP (International Commission on Non-Ionizing Radiation Protection) published earlier his year found no evidence between wavelengths used by mobile networks and cancer or any other illness.

Dr Baiarda: “No, they are not. If birds appear to be impacted by 5G masts, it might be because AM radio signals and the very weak electromagnetic fields produced by the equipment interfere with the animals’ ‘internal compass’.

He cited a study by Professor Henrik Mouritsen from the University of Oldenburg in Germany, which found birds use the earth’s magnetic field to help them navigate.

Experiments revealed that birds exposed to electromagnetic ‘noise’ between 50kHz and 5MHz lost all sense of direction, but found their way again when it was blocked out.

He advises: “The virus is passed from individual to individual either directly by human contact, or indirectly by picking up the virus on our hands and passing it to our eyes/noses or mouths. There is no other route of transmission.

“The best way to avoid catching Covid-19 is to practice social distancing, self-isolation, and frequently washing our hands thoroughly with soap and warm water for at least 20 seconds, even during time at home.”