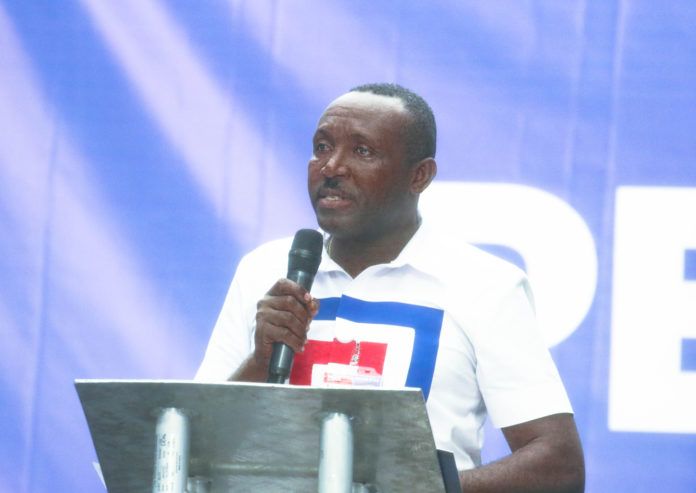 General Secretary of the New Patriotic Party (NPP), says the party will now take disciplinary action against members who take to social media and other platforms to disrespect party executives and leadership.

John Boadu who has been a victim of social media slander said the practice is unhealthy and not helping the party in sticking together.

“In these days of social media, it is the expectation of the party that our rank and file will use the various social media platforms to project the good works of our government and protect the party’s image.

“In recent times, unfortunately, we have to contain with some disciplinary matters involving the use of social media to malign people particularly party executives serving at different levels,” he said addressing delegates at a party conference, Sunday.

Several reports of disgruntling members of the governing party invoking curses on party leaders for what they claim to be unfair treatments meted out to them have surfaced over the past few months.

In October this year, video of members from the Awutu Senya East Constituency in the Central Region cursing the General Secretary was reported on all major news outlets.

A polling station chairman of the party in Asante Akyem North Constituency, Kassim Awudu was also seen on social media cursing constituency executives and leaders for suspending him from the party.

This attitude, by party members, has been widely condemned by party leaders who insist aggrieved members can find alternative ways to have their grievances addressed.

But speaking at the conference held at Trade Fair in Accra, Mr Boadu said such behaviours will no longer be tolerated. According to him, no amount of dissatisfaction should warrant the curses and insulted showered on party executives.

“Now what we see is that, with the least problem in a constituency, party members will decide to record audio and some cases videos, cursing leaders of our party and we cannot continue in that direction.

“This is why our national executive will now be empowered to take drastic measures against our party people who will, at the least opportunity, want to use social media platforms to disparage our party leadership and constituency leadership.”