The Asantehene, Otumfuo Osei II, has warned encroachers, especially his sub-chiefs, to desist from selling lands that belong to the Kwame University of Science and Technology (KNUST) or face his wrath.

“The lands are mine and you are just caretakers. There is no family land in Ashanti. Therefore, no Abusuapapin (head of family) has the right to give portions of the land for private development,” Otumfuo warned.

The Asantehene gave the warning when he launched the 70th anniversary celebration of the university in Kumasi.

The year-long celebration is on the theme; “KNUST: 70 years of global impact; A new age for a renewed focus”.

As part of the celebration, which ends next year, there will be a week of exhibition by the various colleges to showcase their wares, interviews with selected alumni, a book launch on KNUST, homecoming of alumni next year, a series of public lectures and the establishment of an endowment fund for past students to donate in multiples of 70 of all currencies to help the university’s projects.

The Asantehene challenged any aggrieved person to take him to court but was convinced that there were judges who were fully aware that there was no family lands in Ashanti, which the Constitution also recognised.

He said if for nothing at all, the current generation must appreciate the efforts of their forbears including his uncle, Prempeh Agyemang I, who doled out the land for the construction of the university.

Otumfuo said as the population of KNUST increased from an initial 200 to now over 80,000, “every piece of land will be needed towards the expansion of facilities to accommodate more students”.

The Asante king, who also doubles as the Chancellor of the KNUST, said with the rising effects of graduate unemployment, the university needed to churn out graduates who were fit for the industry so they did not become redundant.

He commended the government for the financial clearance to employ more lecturers but said more needed to be done to absorb more of them.

Otumfuo said with the consultation of the University Council, he would establish a chair at the departments of History and Political Science to deepen the relationship between the university and the Manhyia Palace.

The Vice-Chancellor of KNUST, Prof. (Mrs) Rita Akosua Dickson, who tracked the trajectory of the university till date, seized the opportunity to commend President Nana Addo Dankwa Akufo-Addo for releasing funds towards the completion of the first phase of the KNUST Hospital, which had been stalled for years.

While also thanking the President for lifting the ban on lecturers employment, she said the current staff to student ratio which was 1-63 was not encouraging and that more needed to be done.

Prof. Dickson, who is the first female to be appointed to the high office of the university, expressed delight at the gradual enrolment of female students, which currently stood at 40 per cent, expressing the hope it could still be 50 per cent to equal that of their male counterparts.

She said plans were afoot to admit more females into its science, technology, engineering and mathematics (STEM) programme to cure the notion that the sciences were the preserve of males.

“This is to ensure all inclusive education,” she said.

The Minister of Education, Dr Yaw Osei Adutwum, said it was time for KNUST to think outside the African box.

He said being ranked 12 best university in Africa was not enough because its research was comparable to any of the universities across the world.

“Indeed, KNUST is a source of national pride,” the minister, who is also an alumnus of the university, said.

Touting the free SHS as the best to have happened to Ghana, the minister said one of the critical matrix of measuring its progress or transformation was striking a correlation between its “gross tertiary enrolment ratio”.

“Free SHS is indeed a stabiliser for Ghana,” he said but admitted that the JHS was the weakest link in the education sector and needed to be changed. 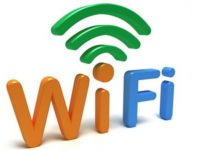 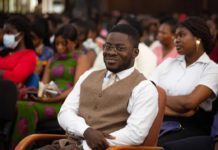 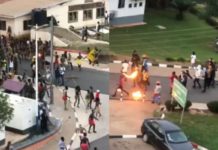 Court issues warrant for arrest of 61 suspects in KNUST violence