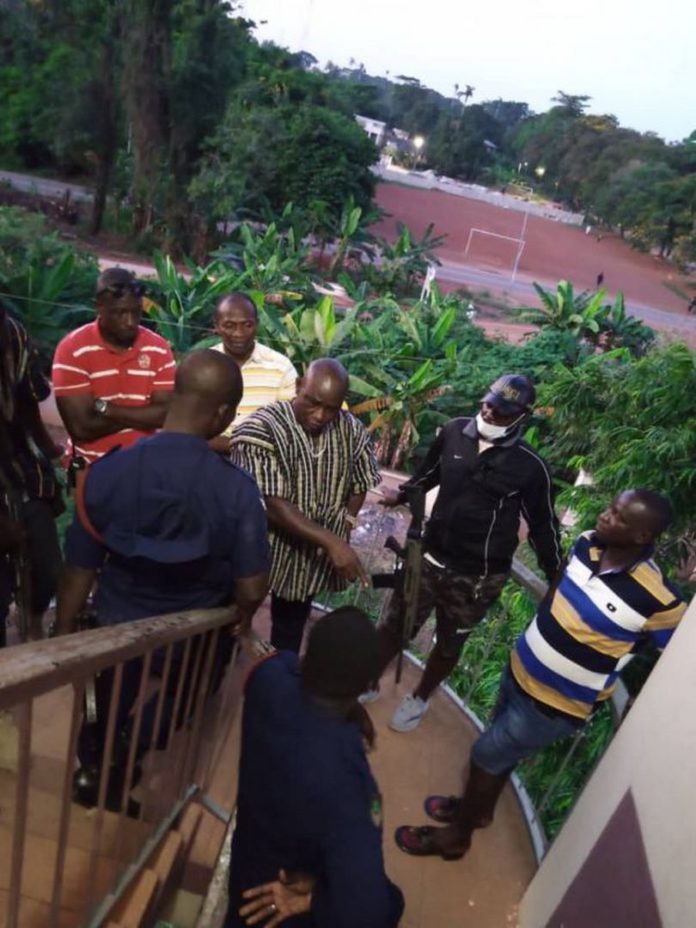 The Ashanti Security Coordinator, DCOP Ayensu Opare Addo (rtd), has given a chilling account of how he suffered in the hands of disbanded group affiliated to the New Patriotic Party (NPP), Delta Force.

According to him, on Tuesday, May 11, 2021, about seven men supposedly with Delta Force attempted to forcefully remove him from the office.

DCOP Addo said the group, who are now with National Security, came there to throw him out because his appointment had been terminated.

When he tried to resist arrest, he said the men claiming to be working with orders from above handcuffed him.

“The President appointed me so I was waiting to handover to my successor only to be harassed by these miscreants,” he said in an interview on Adom FM.

But DCOP Addo, (rtd) said he was not surprised at their conduct because he had been a thorn in their flesh in their quest to engage in illegal mining known in local parlance as galamsey.

“These Delta Force guys and their bosses have been wanting to do galamsey and I have always resisted it so they warned me but I’m not intimidated,” he stated.