Father of the three siblings who died after their parents sprayed a fumigant tablet has revealed the chemical was meant to kill rats and cockroaches in his room.
Mustapha Issah said the rodents and insects had invaded his room so he sought advice from friends who recommended he buys Topstoxin.
RELATED STORY: 3 children dead after parents sprayed home with agro-chemical
“I will not deliberately kill my children; no one loves them more than me”, the distraught father said on Adom FM’s morning show, Dwaso Nsem Tuesday.
Preliminary investigations by the Food and Drugs Authority (FDA) have revealed the three children died through the inhalation of a pesticide, Topstoxin.
According to reports, the siblings, six-month-old twin girls and their two-year-old brother, died at the 37 Military Hospital last Friday hours after their father had sprayed the agro-chemical in their room to check crawling insects.
RELATED STORY: Death of 3 children: FDA, EPA partner to trace distribution channel of Topsotoxin
The fumigation tablet, Topstoxin, the FDA said is a pesticide used for the control of insects in stored grain, process food and feeds.
On Dwaso Nsem, the distraught father said he followed the labelling instructions, which instructed users to stay away from the fumigated area for, at least, five hours.
“The vendor told me to use 50 tablets so I did exactly that. I opened all my windows, switched on the ceiling fans and we sat outside for six hours before going to bed so I’m surprised this happened”, he stated.
What has made the issue murkier, Mustapha Issah said, is the fact that he gave 10 of the Topstoxins to a co-tenant and they did not wait for six hours before going to the room but nothing happened to them.
ALSO READ: Tipper truck kills two in Ahwetieso
“My kitchen is even bigger than their room but my friend’s wife and children are all healthy. I believe my children’s death is an act of God”, he added.
Mustapha Issah bemoaned how a section of the media has twisted the story, portraying them as irresponsible parents.
ALSO READ: British-born Ghanaian stabbed to death in London
“I will not speak on this matter again because some of the media people are very unprofessional. All I want to say is, I did not kill my children. I believe God took them for a reason”, he said. 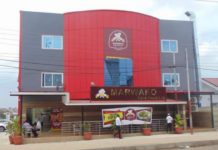 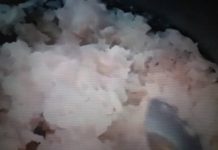