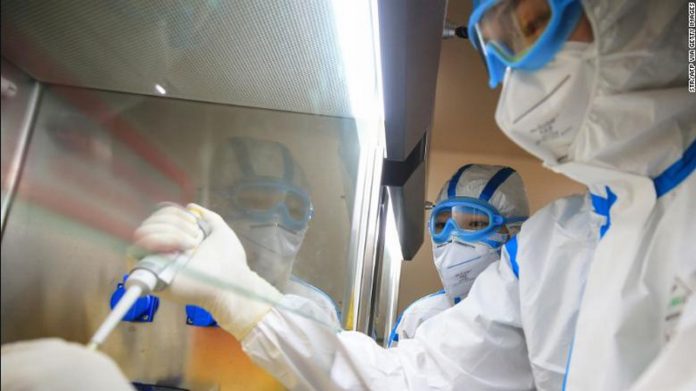 As the world grapples with the ongoing COVID-19 pandemic, a new study suggests that antibodies — the proteins produced by the immune system that can grant protection against reinfection — may fade in as little as two months after infection in certain people who have recovered from the virus.

The study was conducted in China and published in Nature Medicine.

Specifically, the study’s authors found that people with COVID-19 who never develop symptoms may see their antibodies fade more quickly than those who tested positive for the virus and also came down with its tell-tale symptoms.

The study, though small and with limitations, provides greater insight into a topic that mystifies scientists examining this new coronavirus, SARS-CoV-2. Most people who have recovered from COVID-19 develop antibodies, but the extent and duration of that protection remain unknown.

Researchers from Chongqing Medical University in China compared the immune responses of 37 asymptomatic people diagnosed with COVID-19 to 37 symptomatic patients in the Wanzhou District of China. Forty percent became negative for antibodies early on in their recovery, compared to just 13% of people who developed symptoms.

The asymptomatic patients also reported lower levels of cytokines, or small proteins released by different cells in the body in response to infection. These proteins, when uncontrolled, can cause hyperinflammation.

“It isn’t a uniformly robust antibody response, which may be a reason why, when you look at the history of the common coronaviruses that cause the common cold, the reports in the literature are that the durability of immunity that’s protective ranges from three to six months to almost always less than a year,” Fauci said in an interview with JAMA Editor-in-Chief Howard Bauchner.

The study leaves just as many questions as answers. For example, scientists still don’t know exactly what these dwindling antibody levels mean, and the lower levels don’t necessarily imply that people who have already recovered from COVID-19 will be vulnerable to reinfection within a few months.

However, the study’s authors said their results caution against “immunity passports,” or the idea that people who have recovered from infection should be granted some sort of special status to allow them to travel or return to work because they are theoretically totally immune from reinfection.

Past studies on SARS and MERS, two related coronaviruses that have led to prior outbreaks in people, have found that antibodies last for at least a year. In comparison, this study suggests that antibody levels for the new virus, SARS-CoV-2, may drop much more quickly.

“Given that antibodies are likely a component of COVID-19 protective immunity, this is important to confirm in larger studies,” said Dr Beth Kirkpatrick, chair of the Department of Microbiology and Molecular Genetics at the University of Vermont.

Antibodies are not the only immune response the body can generate. Although the immune components that protect against COVID-19 are still unknown, Kirkpatrick said that in some infections, people can still be protected even if antibodies are undetectably low. That’s because their immune system, including the cells that produce antibodies or other parts of the immune system like T cells, carries a memory response that can be boosted rapidly.

Despite finding innate immunity in most COVID-19 patients, public health officials remain concerned about reinfection. There is currently no evidence that people who have recovered from COVID-19 and have antibodies are protected from a second infection, according to the World Health Organisation.

“I think that you’re going to see as the immune response wanes in these respiratory infections, there is a possibility that you could get reinfected,” said Dr Robert Garry, professor at the Tulane University School of Medicine.