The Upper West New Patriotic Party hooligans who caused the suspension of the Regional Minister have been remanded by a Wa Circuit Court to reappear on February 9.
The five hooligans, Nuhu Suglo,  Seidu Salifu, Osman Jamal Abdulai Hakeem and Bongaamwini Issahaku have been charged with four counts of conspiracy to commit a crime, a threat of harm, assault, and stealing.
They were arrested by the police for storming the offices of the Upper West Region National Disaster Management Organisation (NADMO) and allegedly assaulting some persons there.

They had gone there to attack the Regional NADMO boss, Isaac Seidu after some misunderstanding in the New Patriotic Party polling station executive elections.
Mr Seidu also doubles as the New Patriotic Party Upper West Region organizer.
The hooligans were alleged to have beaten two people when they invaded the NADMO office with Mr Seidu sustaining minor injuries, Joy News correspondent Rafiq Salam reported.
In the wake of the attack, the police were said to have arrested some of the suspects but on the instruction of the Regional Minister Alhaji Sulemana Alhassan, the suspects were released.

But Alhaji Alhassan denied the claim. He explained that in order to prevent the chaos from exacerbating he only intervened and promised the police he would hand over the suspects to the police the following day.
His explanation did not stop him from being suspended by the president for interfering with the work of the police who have been tasked to deal ruthlessly with acts of political vandalism across the country.
Joy News can confirm that the suspended Minister handed over the suspects to the police for prosecutions to begin.
Police prosecutor Chief Inspector Daniel Yeboah Daniel Yeboah prayed the court, presided over by his worship Baah Forson Agyepong to remand the suspects in order for them to conclude investigations into the matter.
The court upheld the request of the prosecution and adjourned the case to February 9. 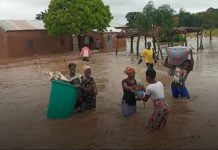 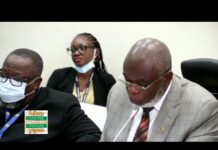 Be vigilant with fires during harmattan season – NADMO urges public