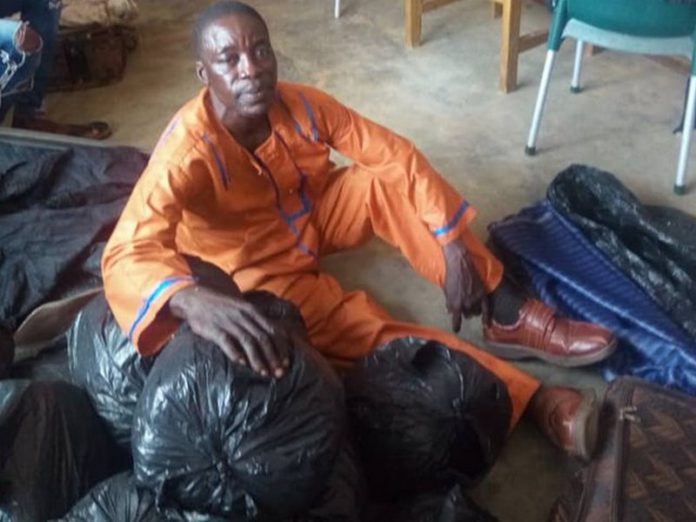 A Bole Magistrate Court has remanded a 49-year-old Taaza Bongu into prison custody for alleged possession of a substance believed to be weed.

The suspect who is currently in Wa Prisons in the Upper West Region, was busted by a team of  Police on patrol duty at Yipala, a suburb of the Sawla with dried leaves concealed in three separate bags.

According to the Sawla/Tuna/Kalba divisional Police Commander, ASP De-Graft Adjei Armah, the police had a tip-off that someone was travelling with three suspicious bags.

“I quickly sent my men to the road between Tuna and Gyidabor to search the cars. The vehicle with registration number WR 4533-11 pulled up and when the search was conducted three bags containing weeds suspected to be Indian hemp, were found in the car boot,” he told JoyNews’ Savannah Regional correspondent, Isaac Nongya.

Each bag he explained, had separate parcels of the substance in them, “making 15 parcels of suspected weed.”

ASP Armah said their checks indicated that the driver of the vehicle, had no idea the bags his passenger was carrying had weed in them.

“This is the second time such an arrest has been made – a right step in fighting the drug menace in the district,” he stated.

The suspect will reappear court on September 19 but ASP Armah said his team is considering sending the case to the Tamale Court in the Northern Region.

Ghana Embassy in US to launch COVID-19 fundraising campaign

How to stay emotionally healthy during quarantine