A Corruption Watch (CW) investigation has found that the Ghana Standards Authority (GSA) Training School, which was constructed at a cost of GH¢ 15.2 million, has developed leakages and defects just two years after being handed over to the GSA, raising concerns about value for money.

CW findings indicated that the defects in the GH¢15.2 million worth contract were spotted almost immediately after it was handed over to GSA but have been left unrepaired.

Following a $1.2 million kickback alleged to have been given to the Ex-Director General of the GSA, Dr George Crenstil by the contractor, a controversy which led to investigations immediately and has still not ended, public attention was lost on the end product of the contract.

The training school located on the Ring Road, opposite the Ghana Broadcasting Corporation bus-stop together with a pesticide laboratory constructed in the premises of the GSA by the same constructor, Lemet Construction Company Limited has been leaking with other defects in the structures for almost two years while the $1.2 million battle continues.

CW gathered that the 5th to the 8th floors of the eight-storey building, which was intended to serve as residential apartments in the form of a hotel, has its interior falling apart.

The building, according to the GSA, became fully operational in January, 2018.

Since the findings of a Ministerial Committee Report which recommended that the GSA investigates the allegation that $1.2 million kickback was given to the former Executive Director of the GSA, Dr Crentsil by the contractor, Management of GSA has failed or refused to implement or take any punitive action against officials found culpable by the Committee.

The reason for the inaction on the part of GSA, CW gathered, was due to the Economic and Organised Crime Office’s (EOCO) ‘interference’ in the investigations.

CW has gathered that EOCO commenced investigations into the matter in May 2017, when staff of the Authority, including top management and those under investigations, were invited for questioning, hence management had to rely on EOCO to investigate and take the issue to court on their behalf where necessary.

When CW spoke to the Director of Corporate Communications at GSA, Dr Kofi Amponsah-Bediako, he admitted that although the 5th to 8th floors were made as residential accommodation to serve as a form of hotel for guests to generate money for the Authority, the floors had not been used for the intended purpose due to the dilapidated state of the floors.

Concerns about value for money

Dr Amponsah-Bediako was of the view that the work done by the contractor did not merit the cost of GH¢15.2 million. “I don’t always use the lift when accessing the floors because I am scared I can get stuck. I don’t think there has been value for money, that money should have done something more than this.”

According to him, the Authority has to spend extra money to put the 5th to 8th floors into good shape if it wants to attract customers.

All efforts by CW to speak with Lemet Construction concerning CW findings of the state of the building failed. CW made attempts through phone calls and visits to the company which is located at Achimota, a suburb of Accra, but no official was willing to speak on the matter.

When CW contacted Dr Crentsil, he declined speaking on the issue and argued that the issue was still under investigation.

It would be recalled that in 2017, a Committee Report alleged that the former Executive Director of the GSA, Dr Crentsil took $1.2 million kickback from Lemet Construction Company; the firm that he awarded a contract to build a new training school and hostel facility for the GSA during the erstwhile National Democratic Congress administration.

This followed allegations in the Report that the former Executive Director admitted receiving the cash when he appeared before the committee set up by then Minister of Trade and Industry, Mr Ekwow Spio-Garbrah.

The money, according to the committee’s report, was paid in two installments by the contractor, the first being $1million and on another occasion, $200,000.

Part of the report read, “The Executive Director admitted taking money from the contractor but refused to state how much, stating it was a sensitive matter.”

In July 2012, GSA awarded the GH¢15.2 million contract to Lemet Construction Company to build a new training school and hostel facility for the GSA.

Sources at the Authority said the contractor, Johnson Teye, failed to meet the deadline for completion of the project due to lack of funds and the Board asked questions about the matter.

Mr Spio-Garbrah, then Trade Minister, ordered an investigation into the contract based on an anonymous letter from a management member of the Authority. 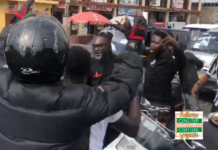 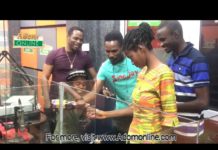 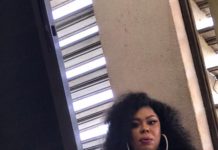 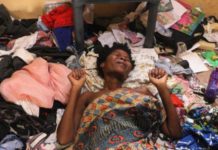 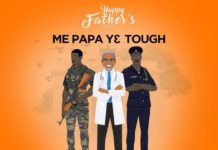 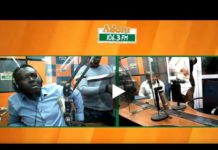