The advent of COVID-19 has adversely impacted the housing sector in the fight to reduce the national housing deficit, Samuel Atta-Akyea, Minister of Works and Housing, has said.

He said foreign-investor engagements with the Ministry in the critical area of affordable housing roll-outs, which has a real likelihood of boosting national efforts at reducing their deficit of two million housing units, has stalled in the wake of the international travel ban; due to the COVID-19 pandemic.

He said added to this is the redevelopment undertakings in the Roman Ridge and Labone enclave comprising 444 housing units which were scheduled to commence in the first quarter of this year but are yet to commence.

Mr Atta-Akyea said this on Wednesday in Accra when he took his turn at the Meet-the-Press Series, which was organised by the Ministry of Information.

“The Ministry is, however, hopeful that as the restrictions that have come with the global pandemic are gradually eased, these critical housing undertakings will resume in bringing the necessary relief to the housing subsector of the country,” Mr Atta-Akyea said.

He said housing is very important in any economy as it provides core security to families, societies and communities.

Without doubt, housing is vital and the nation cannot ignore its provision in our development, Mr Atta-Akyea said.

He said its overall importance to sustainable health and livelihood has been further heightened during this period of the novel coronavirus pandemic.

He said the unfortunate inability of the housing delivery system via the private sector underpinned by the requisite support from the government to meet effective demand over the years has created a huge housing deficit in Ghana, currently estimated to be in excess of two million units.

He said with the extrapolation that in Ghana’s cultural set-up, a household is made up of five individuals, over 10 million Ghanaians do not have access to safe, secured and decent dwelling homes.

He said with a population close to 30 million, a staggering 1/3 of Ghanaians have accommodation challenges; adding that furthermore, statistics reveal that 60 per cent of Ghana’s urban population would need some form of Government intervention to support them get access to safe, secured and affordable shelter.

He said 35 per cent would not be able to access housing even with Government support in terms of subsidy, with only the remaining five per cent of the population being able to support themselves in accessing housing.

Mr Atta-Akyea said this calls for a massive drive to provide for housing targeted at the 60 per cent urban population in the short to medium term and the remaining 35 per cent in the long term.

He said it was against this background that the New Patriotic Party Government in 2006 initiated the Government of Ghana Affordable Housing Programme with the objective of providing accommodation for the low-to-middle income workers of the country, creating jobs and improving incomes.

The Minister said arrangements put in place by the previous government for the completion of the stalled affordable housing units had seen Social Security and National Insurance Trust completing the 1,464 housing units at Borteyman and most recently, the 1,027 housing units at Asokore Mampong.

Adding that similarly, the TDC Development Company Limited had continued the construction of 312 housing units out of the 1,584 units at Kpone-Tema.

“Currently, the 312 housing units are 90 per cent complete and plans are far advanced towards completing the remaining 1,272 housing units by TDC Development Company Limited.

“That notwithstanding, no arrangements were put in place for the completion of the 686 housing units at Koforidua, Tamale and Wa by the previous government,” he said. 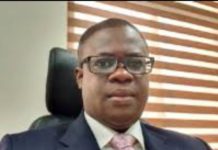 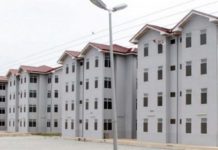 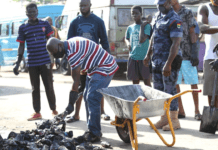 We must regularly desilt our gutters -Atta Akyea appeals