Ace comedian Bovi may be a huge star, but he has no qualms talking about his humble beginnings as Richard Mofe Damijo’s one-time personal assistant;.Taking to social media to celebrate star actress, Rita Dominic’s birthday, he wrote of his first two meetings with her.He wrote
When I started working as RMD’s personal assistant in 2004, I came across most of the entertainers who were pretty popular at the time. In all honesty, many of them were not nice. It makes me remember the few who were. I don’t blame them though. The hysteria from fans usually left them exposed and vulnerable to something that’s hard to handle: fame. And Rmd was huge (he still is).
Like when you saw RMD, every other being around him seemed like shadows. I know this because he would later send me on errands back to some of these stars and when I told them “we met the last time. I was the one with RMD” they would have this surprised look. Absolutely no recollection.
Rita, however, falls in the bracket of the select few who didn’t have to notice but she did. This is all the more interesting because I did something virtually every entertainer hates.
On my first encounter with her, once she answered my greetings warmly, I called up a friend and passed the phone to Rita to talk to. She indulged me. Looking back, I cringe because that was pushing my luck (and excitement) too far.
I will later help Rita under the instructions of my Oga with some print jobs. That was in 2005. After that, we didn’t cross paths again. I will see Rita again 7 years later at 2faces birthday party. I coyly went up to her and said “good evening. My name is Bovi. Don’t know if you remember….”. “bovi are you stupid? Like really? you’re asking me if I remember you”, she obstructed! We hugged, and laughed and caught up with time.
My two “first” meetings with her taught me two lessons in humility. One; It’s very hard to fake. Two; It is however learnable. I’m still learning it.
Riri, As natural and ordinary as those instances seem, they went a long way in boosting someone’s self-confidence and belief. Maya Angelou said our legacy is not the monuments we build or money we make; our legacy is the lives we touch. I am one of your legacies. Happy birthday Rita Dominic. 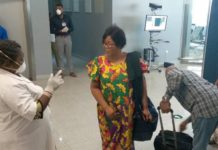 Coronavirus: Nigerian actress under fire for Lagos party amid lockdown 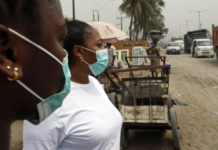