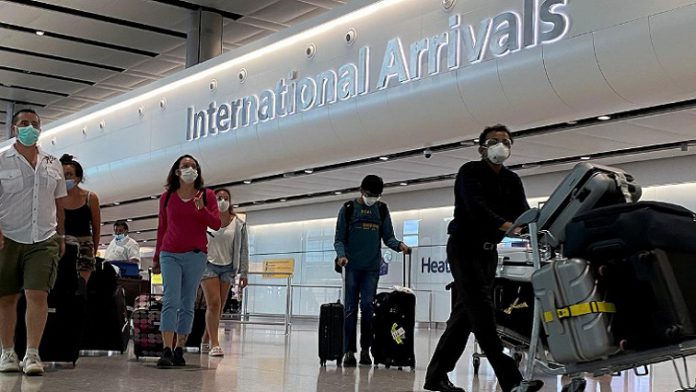 The United Kingdom (UK) has extended a travel ban to travelers from 11 African countries in order to contain the new strain of the virus identified in South Africa.

“Entry into England will be banned to those who have travelled from or through any southern African country in the last 10 days, including Namibia, Zimbabwe, Botswana, Eswatini, Zambia, Malawi, Lesotho, Mozambique and Angola – as well as Seychelles and Mauritius,” UK’s Department for Transport said.

South Africa recently detected a new SARS-CoV-2 variant, which appears to transmit more easily and is likely linked to the ongoing surge of COVID-19 infections in the country.

“The emergence of new COVID-19 variants is common. However, those with higher speed of transmission or potentially increased pathogenicity are very concerning. Crucial investigations are underway to comprehensively understand the behaviour of the new mutant virus and steer response accordingly,” said Dr Matshidiso Moeti, WHO Regional Director for Africa.

Inititially the UK government had temporarily banned the entry of passengers arriving from South Africa to England with effect from December 24, excluding British and Irish Nationals, visa holders and permanent residents, who will be able to enter but are required to self-isolate for 10 days.

In order to prevent the spread of the new virus variant the country however announced an indefinite travel ban from the 11 Southern African countries without exemptions.