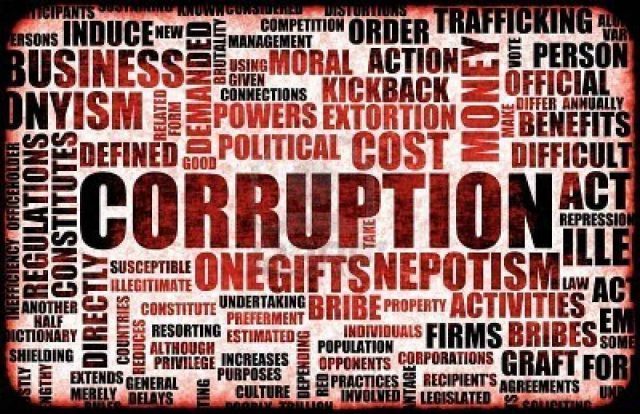 An African Studies lecturer at the African University College of Communication, Godswill Tetteh Ariikor, has said that Christians in Ghana are the major cause of corruption in the country.

Mr Ariikor expressed his displeasure at the activities of Christians although he is a Christian. He said he is unhappy about how people hide under the Christian umbrella to perpetuate dubious activities.

“I am a Christian but very often I am not happy with what Christians do. How people are hiding behind Christianity and doing what is absolutely wrong including corruption is getting many of us very worried and traditionalists perhaps would not even do that,” he said.

According to him, Christians make up the majority of Ghana’s population and as such, if acts like corruption and littering of the environment abound then it is Christians.

“A greater number of Ghanaians are Christians and so if things are not working well, there is corruption, there is littering of environment, you can be sure that it is the Christians who are doing these things,” he told Abraham Aidoo in an interview on Class FM.

He believed that traditionalists in particular would not be involved in such acts because their deities would punish them if they do not adhere to being honest or patriotic.

“Traditionalists perhaps would not even do that because they believe that, they must be very honest and that their deity or whatever they worship or whatever it is will strike them if they did not show some level of honesty or patriotism into whatever it is they’re doing so to a large extent Christianity in this part of the world is not helping us,” he posited.

Mr Ariikor further revealed that countries like Asia, Japan, and China still uphold their traditional religions instead of Christianity and yet have their economies in good shape.