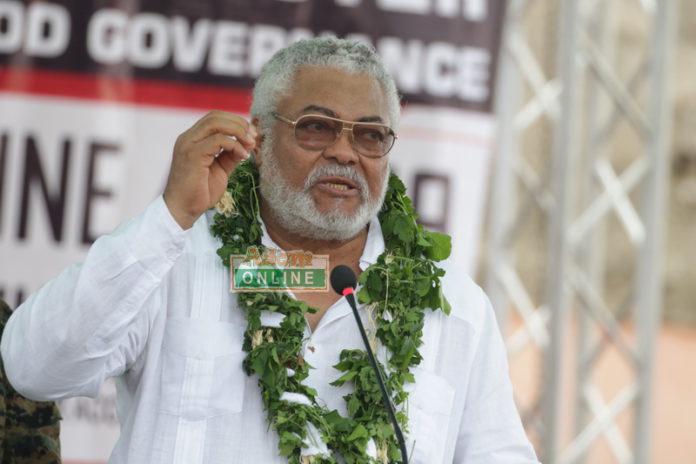 “The Fourth Republic has lasted for almost 28 years. Other Republics did not last so much without interruptions, including attempted coup d’etat.”

Togbega Tsedze in an interview with the Ghana News Agency (GNA), said the late Rawlings had made the citizenry to understand that everyone could be punished for misbehaviour and that no one was untouchable.

He said with conviction the fourth Republic was going to last for a very long time believing that “we have come to realise that coups do not solve problems.”

The Paramount Chief said the spirit of volunteerism espoused by ex-President Rawlings was on the decline, describing it as a worrying trend and expressed the hope his demise would rekindle the spirit.

“If you check our communities, all gutters are choked. No one is willing to desilt them. Citizens are unwilling because they did not see their leaders doing the same.”

Togbega Tsedze urged the youth to endeavour to read books on Mr Jerry John Rawlings, study his activities and works to get the positive sides of the late Head of State.

He said the ideals of probity, accountability, transparency, rule of law and others would be practicalised to honour him in death.

Mamaga Ametor Hoebuadzu II, Paramount Queen of Alavanyo Traditional Area, described him as principled and a disciplinarian, who spoke the truth, regardless of the person and the subject matter.

She said the late Statesman had fought a good fight and deserved the praises of citizens, adding that “let us praise people for their good works, while they are alive.”

Mamaga Ametor extended her condolences to the family of the late leader and his Party and urged them to live by Mr Rawlings’ examples to move the country forward.

Togbe Adzimah V, Divisional Chief of Gbi-Abansi, noted that “former President Rawlings has been the greatest leader or president of our generation.”

He said his peaceful handover of power after his tenure of office was one of the greatest act of a Statesman.

“Having come to power through coup d’etat, one would have thought that he would not like to relinquish power. It was by his dint of selflessness Ghana is enjoying good governance and democracy.”