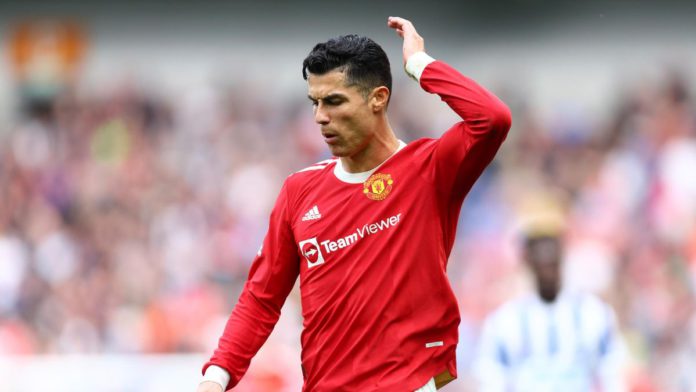 Chelsea are considering a move for Cristiano Ronaldo amid the forward informing Manchester United he wants to leave the club this summer if a suitable offer arrives, The Athletic understands.

United currently insist Ronaldo is not for sale and have reiterated that he is contracted until 2023.

But the 37-year-old has made clear his desire to depart and did not return for pre-season training on Monday as scheduled, citing family reasons.

The Athletic revealed last month that new Chelsea co-owner Todd Boehly held a recent meeting with Ronaldo’s agent Jorge Mendes, where a switch to Chelsea was among the subjects they discussed.

It is believed conversations between the pair have since continued, with Boehly and his fellow director Behdad Eghbali thought to be intrigued by the concept of recruiting such an iconic figure.

There will be numerous factors for Chelsea to consider if the idea becomes a genuine possibility and although finances are not a likely impediment, the wishes of boss Thomas Tuchel would be key.

The head coach is a long-term admirer of Ronaldo but any decision on whether to sign him would require Tuchel’s blessing and dialogue between the German trainer and Portugal international on how he might fit into Chelsea’s system and style.

Whether United’s stance will change, and even then their willingness to do business with a direct rival, is unclear.

But the prospect has not been ruled out by the Stamford Bridge hierarchy and they are said to be monitoring the situation.