A man accused of killing his estranged wife and two children on Monday is a vegan chef who shared a joyful Facebook video of himself singing carols with his son just hours before the Christmas carnage.
Anthony Milan Ross, a 45-year-old chef, author, and motivational speaker who touted a vegan diet as the source of his dramatic weight loss, was charged with three counts of first-degree murder on Tuesday.
His estranged wife Iris Ross, 38, was found dead outside an apartment complex in Phoenix, Ariz., before he barricaded himself inside the home with their 10-month-old daughter Anora and 11-year-old son Nigel.
Anthony Ross exchanged gunfire with police before authorities swarmed the residence and arrested him in a dramatic conclusion to the six-hour standoff.
Police later found the couple’s two children dead inside the apartment.Iris Ross’ sister told ABC that she received a text message earlier that afternoon that stated, “I just killed Iris and the kids.” Moments later, another text came, announcing, “with a gun.” 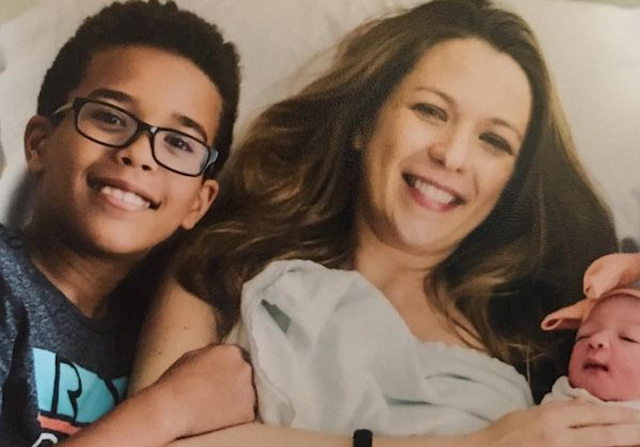 “I knew that man was very unstable. I knew he had a very, very dark side…I didn’t know it was this dark,” Mary Wogas said.
Ross has prior felony arrests on his record. A motive in the triple homicide remains unclear, and police are investigating the killings as a domestic violence incident.
While the timing of the children’s deaths remains unclear, Anthony Ross shared a joyful Facebook video on Christmas morning, which showed him laughing and singing with his son the day before.
“Hey guys, I’m smiling and I’m hanging out with Nigel on Christmas Eve. We’re going to embarrass ourselves! We’re going to sing,” he said.
The two performed “Santa Claus is Coming to Town,” before the 11-year-old boy dissolved into giggles.
NY Daily News