A disturbance ensued at Kwame Nkrumah Circle on Saturday night when a transaction between a police officer and a black marketer went south.

According to eyewitnesses, the ununiformed police officer approached the marketeers to change some cedis to dollars, but the marketeers declined, explaining the cedis were counterfeit.

This infuriated the police officer who went on a rampage and demanded for the dollars at all costs, despite the marketeers rejecting his money.

In the ensuing melee, the police officer is said to have retrieved his gun to keep off the black marketeers who were accused of manhandling the officer.

It took the intervention of a police back up to disperse the crowd who were ready to pounce on the police officer.

Three suspects were picked up, but one managed to flee the scene.

Calm has, however, been restored and there is free flow of traffic. 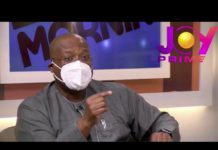 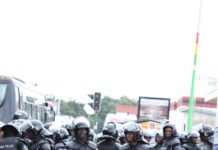 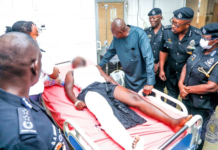