Host of Adom FM’s Morning Show, Captain Kwadwo Smart would be leading a massive demonstration against civil and public officials in the country.

Dubbed ‘Fabewoso demo’, it would be attended by tens of thousands of listeners, mainly youth, of ‘Fabewoso’ a segment on the morning show of Ghana’s No 1 radio station’s morning show, ‘Dwaso Nsem’.

The segment focuses on unearthing corrupt activities among various government institutions. Perpetrators of the corrupt acts are named and shamed as well.

The segment which is aired on Mondays and Wednesdays at 8:00 am has helped unearthed many corrupt activities in several state and security agencies. It has helped in the reformation of several institutions as well.

The Ghana Prisons Service, Fire Service are among the numerous institutions of state that have been reformed as a result of revelations from the programme.

Foreign missions in the country which do not understand the local dialect cause their local staff to either explain or transcribe the programme for them.

Listeners and contributors of the show who are always stunned by the huge waste in the system caused largely by civil and public servants have always demanded that they be permitted to display their anger openly.

In line with the continuous demands of the listeners, the host of the show, Captain Smart will on Friday, May 19th, 2017 lead a massive demonstration to demand accountability from managers of state institutions.

The demonstrators will converge and start from the premises of Ghana’s leading media network, The Multimedia Group in Kokomlemle,

The demonstrators will head straight to the office of the Economic and Organised Crimes Office (EOCO) where they will present a petition to the office to demand that some implicated state officials in the Auditor General’s report by investigated.

Other supporting documents will also be presented to EOCO as well. 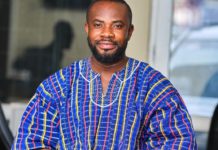