In our series of letters from African journalists, veteran Ghanaian journalist Elizabeth Ohene ponders whether Ghana’s new satellite will change attitudes towards science.
We do not like science very much in this country.
We prefer to ascribe spiritual and miraculous explanations to all things that happen in our lives. Accidents, deaths, ill health, passing and failing exams, finding a partner, wealth, poverty, good fortune – none of them have scientific explanations.
The rest of the world has probably heard that Ghana has successfully launched its first satellite into space. It certainly made headlines on the BBC, but you would have missed it completely if you were depending on the news outlets in our country.
I concede I have not been following the news very keenly in the past three weeks, for reasons we had better not get into, and therefore would admit it was likely I would miss some stories. 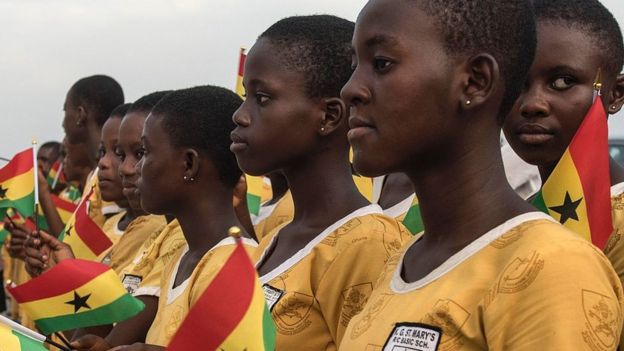 The story of the satellite should inspire a new generation of Ghanaian scientists /AFP
But I imagined the launch of our first satellite would be such big news it was unlikely to pass me by.
When I heard the news on BBC radio I immediately switched to a local station, but there was no mention of the story.
I checked the websites of my favourite local stations and there was no mention. When the story eventually appeared, it was to report that President Nana Akufo-Addo had congratulated the All Nations University on the launch of GhanaSat-1.
The next morning there was no mention of the story in either of the two widely-read daily newspapers that I buy. There was nothing vaguely interesting or attractive about the story as reported on their websites either.
It was obvious that apart from the official congratulatory statement there was no local flavour to the story as carried in the Ghanaian media for the first three days. The language of the reports sounded like scientific mumbo-jumbo to be understood only by nerdy scientists.

Here is a statement from the report on the website of one of our local radio stations: “Ghanasat-1 is of Cube Standard shape with a dimension of 100mm x 100 mm and was launched by Nasa to the International Space Station via Space X CRS Flight 11 on 3 June, 2017 at the Kennedy Space Centre, Florida, USA and then released into orbit using Japan KIBO on board the ISS.”
Make of that what you will but I certainly could not understand a word of it.
There was no mention that All Nations University in Koforidua is not exactly one of the fancy universities in Ghana. There was no word about the $500,000 (£380,000) reported cost of the project, the kind of money that is routinely reported as embezzled by officials.
I must say that social media did its bit and there was enthusiasm on Facebook and Twitter about the launch but it took until Monday morning for the newspapers and many of the radio stations to wake up to the story after the launch on Friday morning. 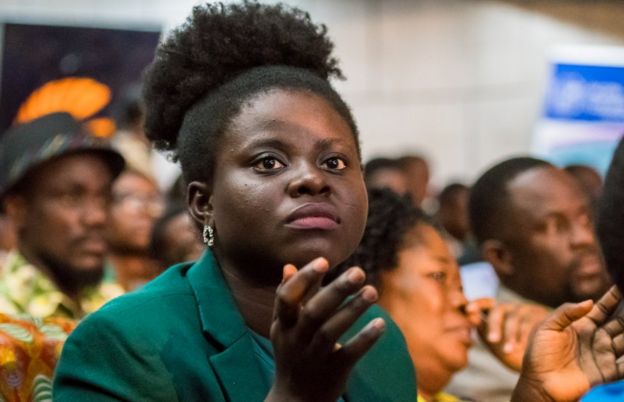 The National Science and Maths Quiz was keenly followed in Ghana / PRIMETIME
I confess I was saddened and put it all down to our national antipathy towards science and maths.
And yet the week before, the entire country had been caught up in genuine excitement over the National and Science and Maths Quiz. This is an annual quiz contested by secondary schools and this year it had been particularly keen.
I was caught up in the general enthusiasm that greeted the competition and I had dared to even imagine that maths and science were getting a grip on the popular imagination and would eventually manifest in our everyday lives.
The final between three schools was carried live on radio and television and the viewing and audience figures challenged the most popular telenovelas on our television sets.
But I am cheering up slowly and something tells me that the local media will catch up and accord the satellite launch story the importance it deserves.
The project coordinator of the launch has certainly hit the right note by placing the satellite right in the midst of the things that currently capture the imagination of the people.
He says the satellite will be used to monitor illegal mining, or galamsey as we call it. Galamsey guarantees the front page.
The satellite might not have made it to the front pages on its launch but if it is going to monitor illegal mining, then GhanaSat-1 is guaranteed to stay on the front pages forever.
We might yet accord science the importance it deserves.