The President, Nana Addo Dankwa Akufo-Addo has nominated, Juan Adukwei Mensa as the new chairperson of the Electoral Commission.

Her nomination was communicated in a press release on Tuesday.

Mr Samuel Tettey and Dr Eric Bossman Asare have been named as the first and second deputies respectively.

Mrs. Jean Adukwei Mensa is currently the Executive Director of the Institute of Economic Affairs (IEA), and Co-ordinator of the Ghana Political Parties Programme.

She is a lawyer by profession, and has carved a niche for herself in the field of policy research and advocacy. She has been involved in the development of policies such as the Presidential Transition Act of 2012; the Revised 1992 Constitution of Ghana (draft); the Political Parties Funding Bill; and the Revised Political Parties Bill. In 2010, she served as a Commissioner of 1992 Constitution.

President Akufo-Addo on June 28, 2018, removed the Chairperson of the Electoral Commission, Charlotte Osei and her two deputies – Amadu Sulley and Georgina Opoku Amankwa from office upon the recommendation of a committee set up by the Chief Justice, to investigate separate complaints brought by some Ghanaian citizens.

Charlotte Osei was accused of various procurement breaches, whilst the deputies were also found guilty of same offenses as well as financial malfeasance.

Although government spokespersons have justified the move, some members of the opposition have challenged it, saying Madam Charlotte Osei, who was appointed by then President John Mahama, was only hounded out to enable the NPP rig the election in 2020. 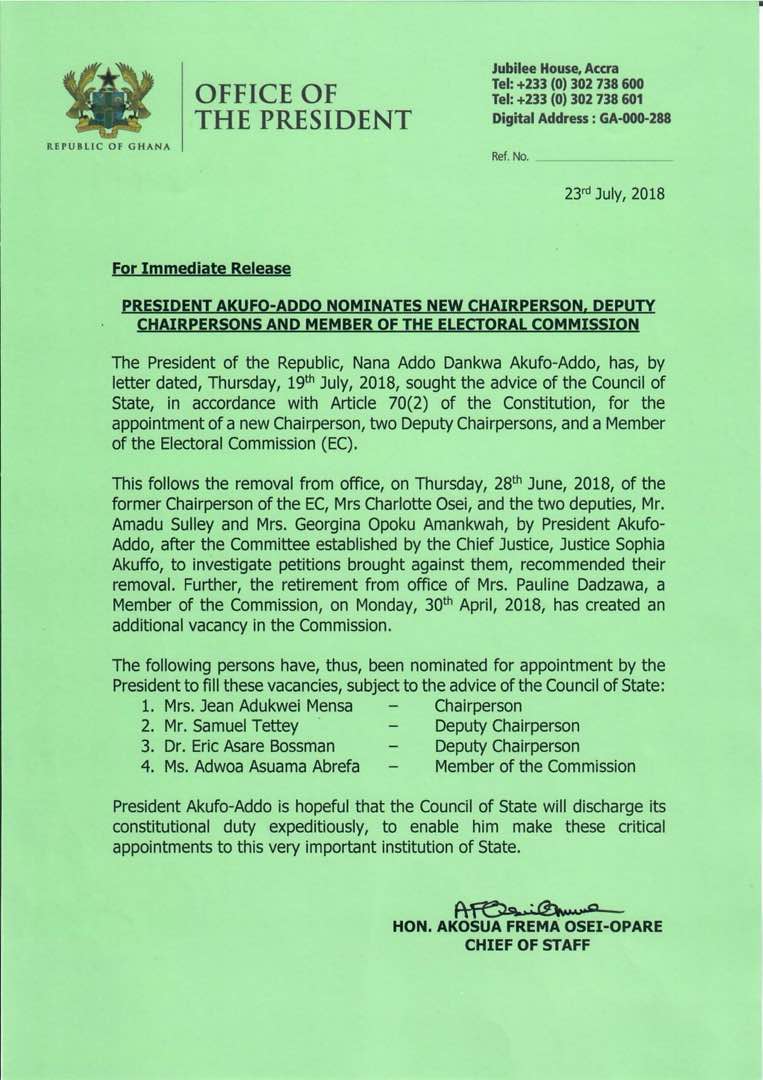