The Bank of Ghana (BoG) says it is not shifting away from pursuing a cashless society policy with the introduction of new banknotes.

READ THIS: Official: Why we have introduced new banknotes, coin – BoG

Speaking to the media during the launch, the Governor of the Bank of Ghana, Dr Ernest Addison said the introduction of these high-value notes is not a shift from the Central Bank’s policy of pursuing a cashless society and promoting the use of electronic modes of payments.

“While vigorously pursuing financial inclusion by accelerating the migration to e-payment platforms, we are also mindful of the relevance of cash in our day-to-day dealings. Undeniably, cash still remains the preferred medium of payment by the large informal sector in the country. This is why we continue to pay attention to enhancements in the structure, security features and management of cash within the economy. This will stay with us for some time,” he added.

The Bank of Ghana on Friday introduced the GH¢2 coin, GH¢100 and GH¢200 notes as part of Ghana’s currency denomination.

“In the coming days, the Bank of Ghana will embark on a nationwide campaign to educate the general public on the new denominations. I entreat every Ghanaian to study these new denominations carefully and be familiar with the main features to facilitate the detection of fake currency notes.” Dr Addison said.

According to the Governor, in March 2017, the Bank of Ghana begun a process of conducting a thorough review of the structure of the currency including on the note/coin boundary and acceptability and use of the individual currency series.

“The outcome of these exercises revealed the resurgence of deadweight burden issues on the economy due to past significant inflation and perennial depreciation of the currency, significant increase in the demand for higher denomination banknote and increased cost of printing,”
he said. 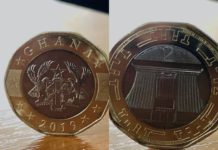 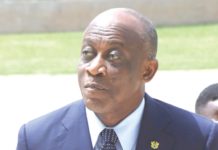 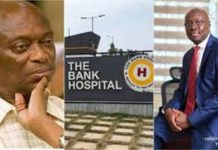