The new development is due to the cancellation of the qualifying match between Sierra Leone and Ghana by the Confederation Of African Football (CAF).

The spokesperson for the Ghana Football Normalization Committee, Dan Kweku Yeboah, made this known on Accra-based Starr FM Wednesday monitored by Adomonline.com.

He added that all was set for Friday’s match.

He, however, expressed his disappointment at the cancellation of the qualifying match, considering the funds and resources that had gone into preparations.

“It was a last-minute hitch and was very disappointing because of the preparations that had been done but there is nothing we can do. It is difficult to quantify the amount we used in the preparation process but maybe we would go to CAF for reimbursement,” he said.

He added that the committee had a direct communication with CAF so even though it was a last-minute information, they were ready for any changes that were bound to happen “but since we did not play Sierra Leone, we will lose no points”.

The match between the two countries was called off due to the fact that the Sierra Leone Football Association (SLFA) did not meet the conditions stipulated in a letter sent by CAF on FIFA’s decision to suspend the federation as a result of government interference. 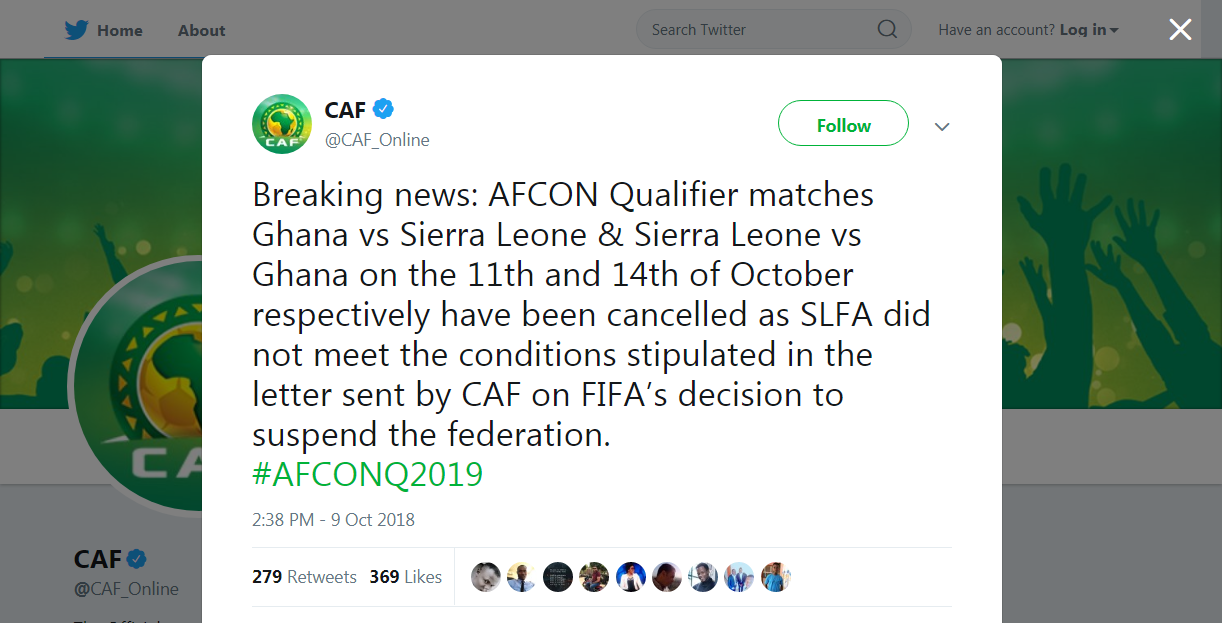 As a sign of patriotism, the Black Stars players have indicated their willingness to show their love and appreciation for the fans and will play the Kotoko game free of charge.

The match has been scheduled to kick off at 16:00 GMT