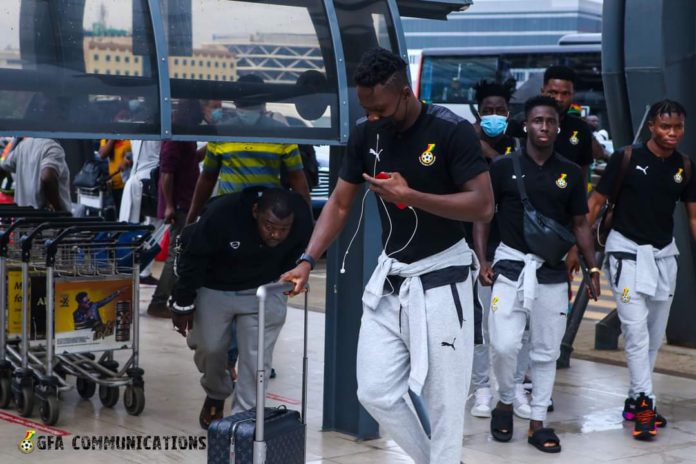 A contingent of players, technical team, management members and other key officials have arrived in Harare, Zimbabwe for Ghana’s FIFA World Cup Qatar 2022 qualifier against Zimbabwe.

The Black Stars, who dispatched their opponents 3-1 on Saturday, departed Accra for Harare Sunday afternoon via Asky Airlines.

Ghana will later on Monday hold an official training at the National Sports stadium in Harare at 3:00 pm.

The Matchday four clash will take place at the National Stadium in Harare at 1500Hrs on Tuesday, October 12, 2021.

The Black Stars sit 2nd in Group G with six points – one point adrift of leaders South Africa after three rounds of matches.