Vice President of the Ghana Football Association, George Afriyie has branded the newly selected backroom of the Black Stars as the dream team.

Kwesi Appiah was officially unveiled as the head coach of the Black Stars on Tuesday alongside his backroom staff at the secretariat of the Ghana Football Association.

The backroom staff comprises of Ibrahim Tanko as the first assistant coach with Maxwell Konadu dropping to become the second assistant coach. Former Black Stars captain, Stephen Appiah will act as the technical coordinator for the team while Richard Kingson will replace Nassamu Yakubu as the goalkeeper’s trainer.

Many football pundits have questioned why the GFA have chosen to appoint two assistant coaches for the national team with especially Maxwell Konadu still around the team but George Afriyie believes the decision is in the best interest of the nation,

“If you look at the personalities we have assembled  together, there is no way better way to describe them than the dream team.” He told Asempa FM.

“We have five former players who have played for the Black Stars coming together to work for the national team.”

“Kingson has started coaching some lower division goalkeepers and has started CAF goalkeeping instructor courses and we know the caliber of person he is. He has played in Turkey and in England and with his experience; I know he is more than capable.

“Maxwell Konadu has coached Wa All Stars and Asante Kotoko. Ibrahim Tanko has been very consistent in coaching. For me, I know they will deliver because they are the best we have currently.

“I know they are ready for the job and they must deliver for the country to make a case because they have no option. If these brilliant people fail to deliver, it will be a big discouragement to the local coaches.

“We are not just employing them to do what they want. Plans are currently underway to send Stephen Appiah to Juventus for a coaching course.” He added.

Ghana’s first game is a 2019 AFCON qualifier against Ethiopia. 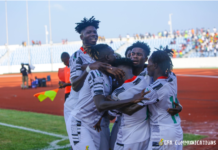