A woman is fighting for her life after she was attacked by a black goat at Wassa Domeabra, a town in Wassa Akropong in the Western region.

The 45-year-old woman called Auntie Yaa was covered in bruises after struggling and fighting with the goat which invaded her kitchen.

A resident in the town, Abrewa Nana Kwabena Tawiah who witness the incident told Adom News the woman was driving out the goat from her kitchen when it bounced on her and bit her on the arm.

He noted that, the middle-aged woman fell on the ground and had an epileptic fit after she raised the alarm, reporting a stray black goat with large horns was attacking her.

Abrewa Nana said the struggle between the woman and the goat lasted for 30 minutes until she called for help.

Auntie Yaa, she added was rushed to the Wassa Domeabra community Sub-Clinic where she was diagnosed of epilepsy.

Also, Kwabena Evans, son of the victim who took his mother to the clinic confirmed this bizarre incident to Adom News.

He indicated that, his mother who has never suffered a seizure is now epileptic after the attack and doctors are working assiduously to stabilize her condition.

Kwabena Evans said the shocking incident which occurred in the town has left the family and residents living in fear.

Meanwhile, this is not the first time this stray black goat which is currently at large has attacked someone in the town.

Residents claim the goat knocked a 10-year-old boy in the head when he tried to drive it away from chewing his mother’s maize.

Many are reading spiritual meanings into the conduct of the strange goat which they claim has disappeared from the town. 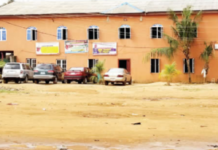 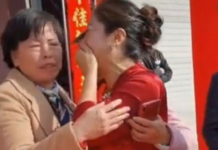