A stay-at-home protest by Biafran separatists in Nigeria has crippled cities and towns in the south-east.

Streets are empty and markets, banks and schools are closed to mark the abortive attempt in 1967 to gain independence for the region.

It led to a bitter three-year civil war in which more than one million people were killed.

The authorities have warned the secessionists against street protests and security forces are on patrol.

South-eastern Nigeria is mainly inhabited by the ethnic Igbo community, who often complain of marginalisation – accusing successive governments of failing to develop their areas. 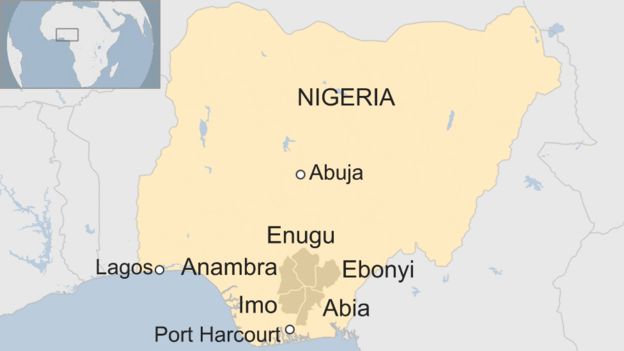 Image captionAreas which pro-secessionist groups want as their own homeland

In the last few years, there have been a resurgence of support for a breakaway state of Biafra led by the banned group Indigenous People of Biafra (Ipob) and the Movement for the Actualization of the Sovereign State of Biafra (Massob).

The BBC Igbo service says there has been a total shutdown in the Igbo heartland of Enugu and Anambra states. 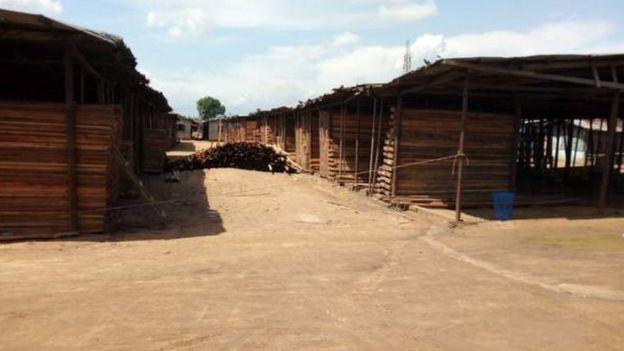 The southern oil city of Port Harcourt as well as parts of Abia state have also been affected by the stay-away.

People have been sending in photos to BBC Igbo of deserted streets, including one of the iconic Niger River Bridge in Onitsha, known as the gateway to the east, which is usually congested with traffic. 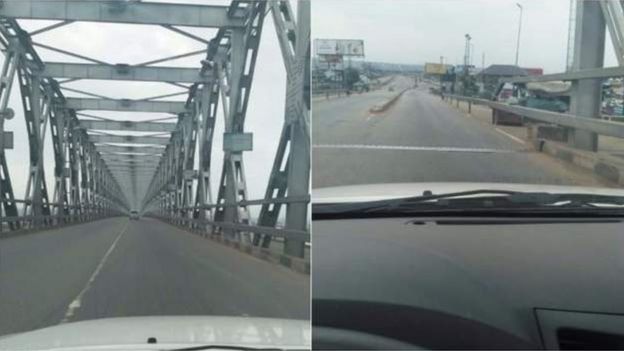 He has not been seen in public since last September when his house was raided by the Nigerian military. The army denies arresting him and his whereabouts are unknown.