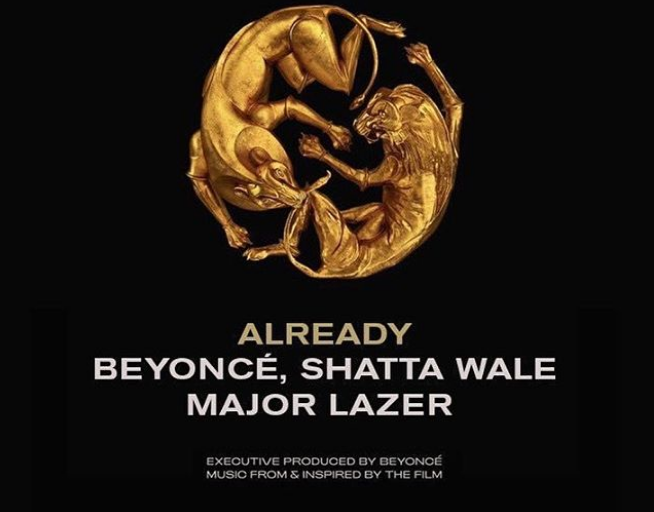 This week has been inundated with reports of Shatta Wale jumping on a song with American singer Beyoncé, wife of Jay Z to push the new ‘Lion King’ movie.

Ghanaians have lauded the Shatta Movement King for honouring such a collaboration and pushing Ghana beyond the borders.

The Ghanaian producer, Guiltybeatz, who also produced three songs on the album, was also commended for being part of the international project.

SEE THIS: Shatta Wale to tour with Beyonce

After dominating the web with the track-list of the soundtracks of the ‘Lion King’ movie, which boasts of contributions from stars such as JAY-Z, Childish Gambino, and Pharrell, as well as a number of African artistes like Wizkid, Shatta Wale, Yemi Alade, Burna Boy and Mr Eazi, Beyoncé today released the much-anticipated album.

The 14-track project, titled ‘The Lion King: The Gift’, was announced earlier this month along with the release of her single, ‘Spirit.’

Shatta Wale hasn’t been able to keep his calm after the feature and has thanked those who helped him achieve it.

“Thank you @majorlazer I love the beat 🙏🏽
#Already is a banger. Thanks to the management of @beyonce and al the #Lionking team.
And to all my African artists on the album ,I love you all ….God bless us all 🙏🏽🙏🏽 To my CEO NAM1 this is for you and I want to tell you it’s time already 👊🏼👊🏼👊🏼 Long live zylofon music !!! Fantasy Entertainment God bless you !!!”