This is the terrifying moment a bridal photoshoot was interrupted by the massive explosion which tore through the Lebanese capital of Beirut last night, killing at least 100 people and injuring 4,000 more.

Cameraman Mahmoud Nakib had been in a quiet square to film drone footage of the bride who was decked out in an elaborate white lace wedding dress with her bouquet resting neatly at her feet.

But as Mr Nakib panned past the beaming bride to capture her entire ensemble the scene was rocked by the deafening blast of the explosion as it tore across the city.

The woman was sent flying by the shockwave as windows shattered around the square and debris filled the air.

Her husband rushed to her aide and the bewildered couple, who were both unharmed, hurried inside a nearby restaurant for shelter.

Alarms continued to sound across the city as many, including the photographer, hurried through the city to assess the devastation.

It comes as survivors of the cataclysmic explosion were picking through the remains of their city for victims today as the death toll topped 100 and was expected to rise.

Beirut, once known as the Paris of the Middle East, resembled a huge scrapyard as the sun rose on Wednesday – with barely a building left unscathed in a blast caused by 2,750 tons of ammonium nitrate that exploded with a fifth of the power of the atomic bomb that levelled Hiroshima.

Street after street, neighbourhood after neighbourhood, buildings were left without roofs or windows, their interiors shredded by the force of the explosion – believed to have been sparked when a welder caused a fire at the port, which in turn set light to a warehouse storing chemicals which had been seized from a ship six years ago.

After a night of shock and awe, the full scale of the calamity now facing Lebanon – a country that was already in the midst of an economic crisis – was laid bare at dawn.

The economic cost of the damage is thought to be around $5billion, but the more-pressing human cost includes 300,000 people left homeless along with dozens of missing, and hospitals creaking under the strain of thousands of wounded.

As authorities began totting up the cost of the disaster the threat of recriminations was also hanging in the air, along with smoke from still-burning fires.

Prime Minister Hassan Diab vowed those responsible will ‘pay the price’ as he declared a two-week state of emergency to deal with the crisis, urging all world leaders and ‘friends of Lebanon’ to donate aid to the country, adding: ‘We are witnessing a real catastrophe.’

The US, UK, France, Gulf states and even bitter rivals Israel have offered money and assistance, as President Michel Aoun declared three days of mourning and announced he would release $66million of emergency funds. 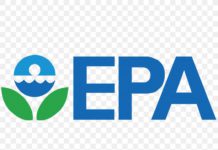