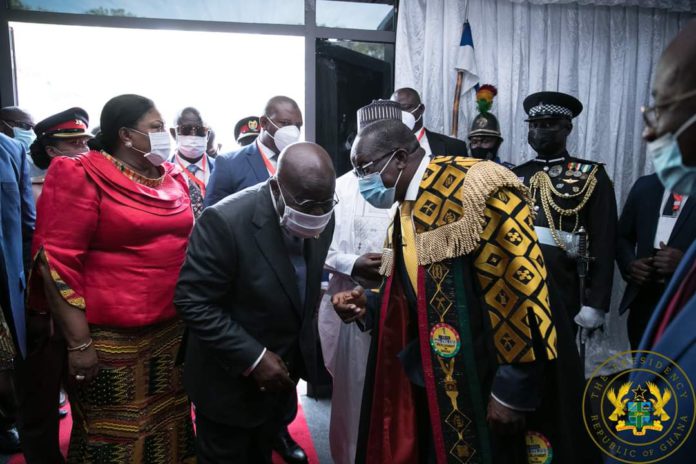 The Speaker of Parliament, Alban Bagbin, has described the President’s [Nana Akufo-Addo] comment on the Supreme Court ruling about Deputy Speakers’ voting rights as myopic.

In his view, it goes to worsen the tension between the Executive and Parliament.

In a statement, Mr Bagbin said the Supreme Court decision, “is to say the least, not only an absurdity but a reckless incursion into the remit of Parliament.”

He said: “The trend of unanimity is equally troubling. It doesn’t help explore and expand our legal jurisprudence.”

The Speaker of Parliament encouraged the applicant who took the matter to court to seek a review following the 7-0 unanimous ruling last Wednesday by the Supreme Court that Deputy Speakers can vote.

Good morning comrades. I have resisted the temptation of making a comment on the judgment of the Supreme Court on the issue of the voting rights of Deputy Speakers when presiding. But the unfortunate and myopic comment of the President has compelled me to let it out.

The SC decision, is to say the least, not only an absurdity but a reckless incursion into the remit of Parliament.

The trend of unanimity is equally troubling. It doesn’t help explore and expand our legal jurisprudence.

The President’s comment is myopic and unfortunate. It only goes to worsen the schism between the Executive and Parliament.

The impartiality of the Speaker, Deputy Speaker or Presiding Officer has been treasured and fought for by this country throughout our democratic development.

The issue being discussed is the political question doctrine. It took centuries to detail out the strands of this doctrine and the principles are settled as to when and how this closed book could be opened.

Please, I encourage the Plaintiff to go for a review. 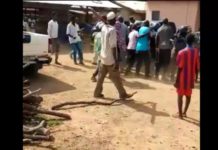