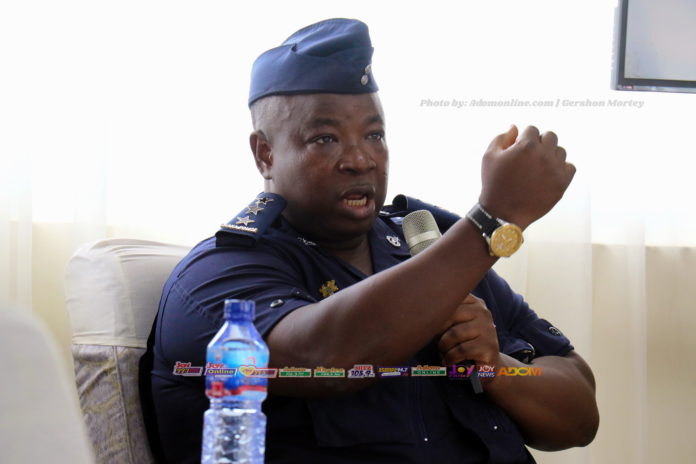 Deputy Superintendent of Police, Samuel Kojo Azugu, has, since May 27, 2021, been recalled by the Inspector-General of Police (IGP) from the Ministry of National Security and duly reassigned within the Ghana Police Service, Minister for the Interior, Ambrose Dery, told parliament on Thursday, July 8, 2021.

“So, he is no more with National Security. He’s now with the Ghana Police Service,” Mr Dery told the chamber while answering a question filed by Ashaiman Member of Parliament, Ernest Norgbey, about why DSP Azugu was still at post despite a recommendation by the Emile Short Commission that probed the Ayawaso West Wuogon by-election violence that he be sanctioned.

The former Commander of the SWAT unit’s name also came up for the wrong reason in May this year following the assault of Citi FM journalist Caleb Kudah.

Mr Dery, however, deflected the question about DSP Azugu’s continuous stay in the police service, to the IGP.

“Mr Speaker, your question was that he remains at post and my answer is that he is not at the Ministry of National Security but he is back with the Ghana Police Service. Besides, let me emphasise that by Article 202 of the Constitution, operational matters are in the remit of the IGP, not the minister,” he said.

DSP Azugu’s transfer came some three weeks after the assault of the Citi FM journalist by some national security operatives within the enclave of the National Security Ministry for taking a video of some abandoned state-acquired vehicles within the MASLOC yard – a no-photography zone.

Mr Kudah said he was pushed, slapped, and kicked in the groin by the security operatives when he was arrested.

Already, four operatives involved in the alleged assault – a military officer and three police officers on secondment to the National Security outfit – have been withdrawn and sent back to their mother units.

Lieutenant Colonel Frank Agyemang, the soldier, was subsequently appointed as the Commanding Officer of the 64 Infantry Battalion.