His comment comes after the GJA president accused him of masterminding the alleged assault of Jerry Azanduna at Bawku.

It was reported last week that Hassan Ayariga, had allegedly hired thugs to attack a senior reporter of the GNA in the Upper East Region. 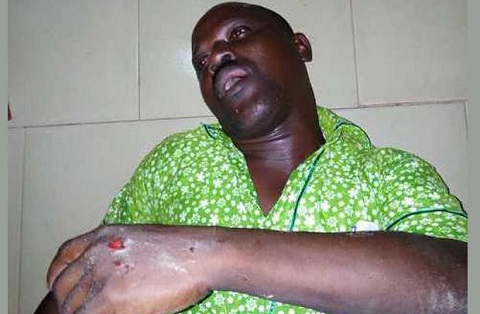 The attack on the reporter, Jerry Azanduna, comes just barely a week after various media reports suggested that Mr Ayariga was slapped by a Batik tie and dye dealer who had gone to his home to question him on why he left the People’s National Convention (PNC) to form his own party.

Mr Ayariga is said to have been incensed by the reports and subsequently called on the management of GNA in the Upper East Region to protest against the story but did not contest its content.

He, however, allegedly mobilized thugs to attack the reporter for authoring the story after he was lured into the home of Mr Ayariga under the disguise of covering a press conference in connection with the attack on him.

The GJA president, Affail Monney, condemning the act said in a statement that the journalist was lured by a group who claimed they were going to hold a press conference addressed by Mr Ayariga which turned out to be false.

The GJA in the statement said because the journalist failed to render an apology that is why Dr. Ayariga allegedly ordered his men to assault him.

But Dr Hassan Ayariga said he was disappointed in the GJA president for not verifying the information from him when the story went viral but rather chose to defend the journalist.

Dr Hassan Ayariga says the attitude of GJA president clearly tells the attitude of journalist he is producing into the country because he never granted an interview indicating of his assault.