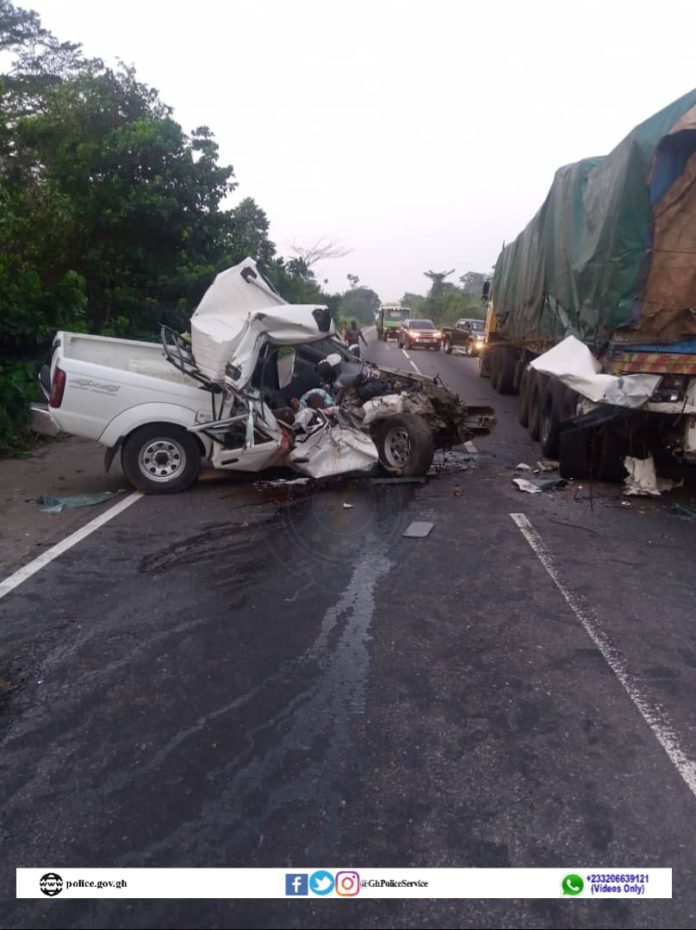 The Police have entreated vehicle owners to ensure that their drivers are taken through fire management training periodically.

Also, the Police want owners of vehicles that carry hazardous goods, “to continuously service and maintain their vehicles,” as well as “equip their vehicles with approved fire extinguishers which are in good working order.”

The Service’s directive is in reaction to a fuel tanker explosion on the Accra-Kumasi Highway (N6) at Nsutam near Paradise Rest Stop.

The explosion, which took place on Monday, resulted in the blockage of the highway from the Osino direction and at Nsutam Custom Barrier, by the Kyebi Motor Traffic and Transport Department (MTTD).

All approaching motorists from Accra and Kumasi were urged to adhere to traffic directions from the officers at the scene.

In its subsequent update, the Service noted that the Ghana National Fire Service (GNFS) crew managed to douse the fire, cleared the debris, and washed that section of the road for safe use by all motorists.

“As a result, the Kyebi MTTD Accident Prevention Squad (APS) has opened the road for all motorists,” the Police added.

Meanwhile, the Police have expressed gratitude to the firefighters for their quick response, and to motorists for their patience.