Legal practitioner, Ace Ankomah has backed the Auditor-General’s call for prosecutorial powers.
In his view, the request should not be difficult to grant by a government committed to fighting corruption.
Read Auditor General applies for prosecutorial powers
Auditor General, Daniel Domelevo at a news conference in Accra, revealed he has applied to the Attorney-General’s department to be given power to prosecute those who mismanage public funds.
He indicated that, his request if granted will help make mismanagement of public funds a prohibitive option following years of impunity in the mismanagement of public funds.
“If the Attorney-General gives me a fiat which I have applied for, you will see me in action”, Mr.  Domelevo stated.
Read Court orders arrest of DKM CEO, 4 others for defrauding
In support, Ace Ankomah on Adom FM’s morning show, Dwaso Nsem Tuesday said the call is long overdue.
He noted that, the prosecutorial powers, if granted, will empower the Auditor General to not only surcharge corrupt officials but also prosecute them.
Ace Ankomah who is also a member of pressure group, OccupyGhana maintained that the Attorney-General’s Department is overwhelmed by cases to prosecute including damning findings in the Department’s annual report.
Read Government takes delivery of 34 ‘Mahama luxury cars’
He said the prosecutorial power if granted the Auditor-General should be clearly spelt out to avoid conflicting jurisdiction.
The legal practitioner called for a national debate on the matter for all parties to agree on the road map to empowering the Attorney General to punish culprits. 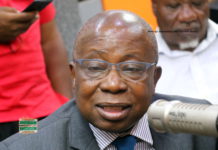 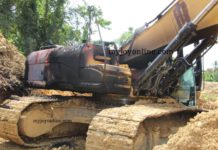 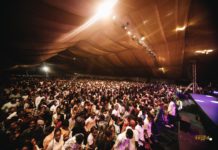