Two people have been reported dead and many others injured and in critical conditions in a gory accident at Gomoa Okyereko Junction on the Kasoa-Cape Coast highway in the Central Region.

Others also got stacked in the vehicle. Personnel from the Ghana National Fire Service had hectic time rescuing victims due to the mangled state of the vehicles. 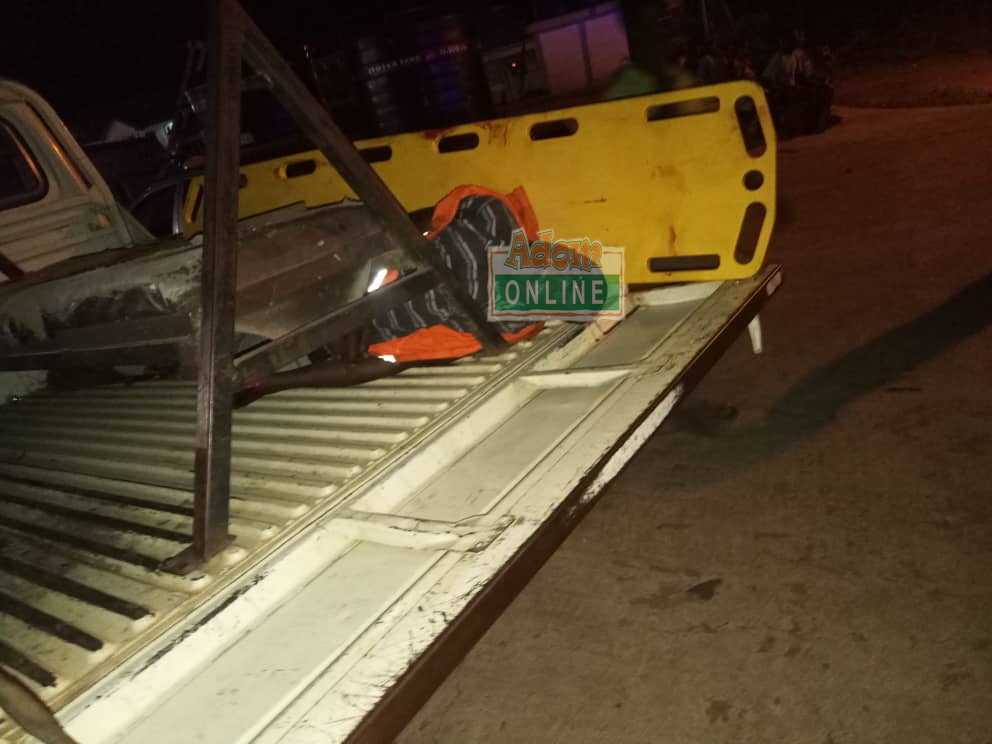 In an interview with Adom News, the Winneba Municipal Station Fire Officer, SO1 Daniel Asare, explained that the Benz truck was also from the Tema Harbour heading to Elimina with fresh fish.

“We don’t really know the cause of the accident but two people who were in the Benz truck have been confirmed dead with the Kia driver at the hospital”. 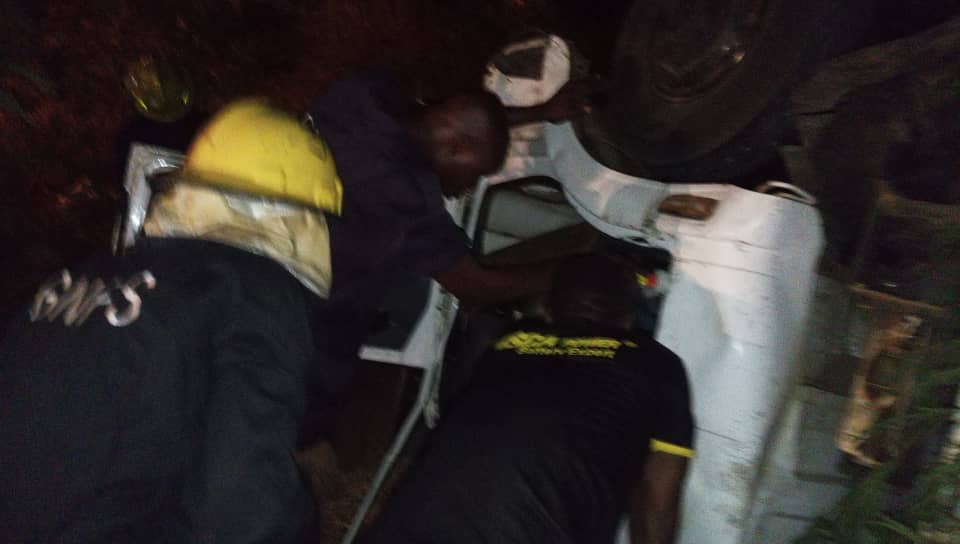 However, the Dominase District Police Commander, DSP Paul Ankan, expressed his displeasure with the frequent accidents on the road.

“Drivers should tell us the kind of roads they want because as it stands now when roads are bad, they complain and when they are good too, they kill innocent people”.