A 27-year-old woman, who was in search of accommodation, has reportedly been found dead in her boyfriend’s room in Accra.

According to her brother, James Boafo, who confirmed the incident to Adom News, it is unclear what triggered the death of his sister after she left their house in Tema Community 5 to the boyfriend’s house on Sunday around 9:00am.

“We found her panties and clothes under the man’s bed with leftover indomie and whiskey in the room and found her phone in the toilet.

“I was in the house on Monday morning when I received a call from the boyfriend telling me my sister was not well and had been rushed to the emergency ward of the Weija Government Hospital.

“I rushed to the hospital only for the doctor to pull me aside to break the news that she was dead on arrival, with a call placed to the police who are on their way,” he narrated.

He said “we were at the hospital when Inspector Asomani from the Mallam Police station came to convey the body to the Korle-Bu Hospital mortuary.”

According to him, the family suspects foul play by the police because they were supposed to assist the police in the autopsy but the police did that in isolation only to report to them she died from an open liver.

The boyfriend, who was arrested, has been granted bail.

Listen to the full interview of the deceased brother narrating the incident on Adom News in audio above: 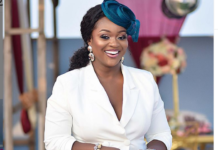