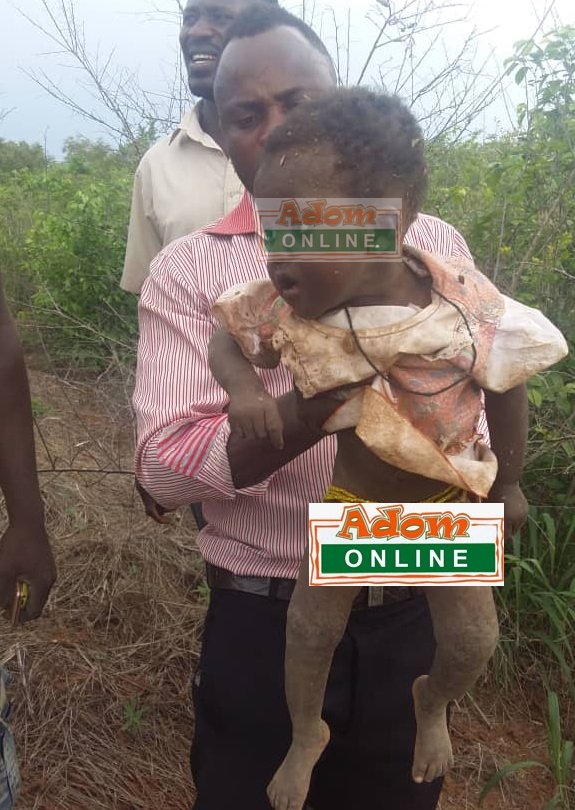 Mother of the young lady who buried her baby alive at Krobo-akye near Senya Breku in the Central region has attributed her daughter’s conduct to depression after failed relationship.

Madam Margret Tetteh said her once bubbly daughter Kukua became frustrated and depressed when her boyfriend rejected the pregnancy.

What made the issue murkier, she explained, was the stigma Kukua suffered in the hands of young men in the area whom she rejected in her hay days.

“All the men in the area she refused their proposal began mocking her for getting pregnant out of wedlock. Kukua was so depressed she had to cover herself with a cloth before going out,” she stated.

The distraught mother said she took over the responsibility of caring for the baby because of her daughter’s condition.

Little did madam Margret know that her daughter’s condition had worsened which led her to consider killing her baby.

“I don’t blame Kukua for her action because she has been through a lot. The mockery and humiliation was too much,” she bemoaned.

Though she does not know the whereabouts of Kukua, madam Margret is appealing to the Department of Social Welfare to release the baby to her.