The Ministry of Education says a letter from the Asuogyaman District Assembly appealing to headteachers of the district to release students of various schools to line up to welcome President Akufo-Addo has not been sanctioned by the Ghana Education Service (GES).

The spokesperson of the Ministry of Education, Ekow Vincent’s comments comes after the Asuogyaman District Director of Education accepted the appeal of the assembly to release the students.

In a letter dated on 19th November 2018 and sighted by Adomonline.com, the District Chief Executive, Samuel Kwame Agyekum said the president will visit the district on Thursday, November 22, 2018, to engage stakeholders in the development agenda and also commission a one-district-one-factory project in the district.

The District Chief Executive, who addressed the letter to the District Director of education asked the headteachers of the schools to release some students to line up along the principal route and welcome the president and his entourage at 12:00 pm Thursday.

However, the District Director, Mavis Yirenkyi in response has ordered the release of both junior high school and senior high school students by the headmasters on the said date to welcome the president with the help of their teachers.

But Mr Vincent reacting to the development on Asempa FM’s Ekosii Sen Wednesday has kicked against the move saying GES has not sanctioned such letter from the district director.

“I am not sure the letter from the director has the sanction of the letters. As to how GES will take the letters, it will be on their own discretion. The district director of education is a representative of the GES national but if you have not asked for permission, then why should there be a letter in the name GES” he quizzed.

According to him, it is important that GES investigates the matter especially when the director has not consulted the headquarters.

“GES would have to find answers as to how these letters went viral because I doubt GES is aware of such letter,” he said.

Below are details of letters 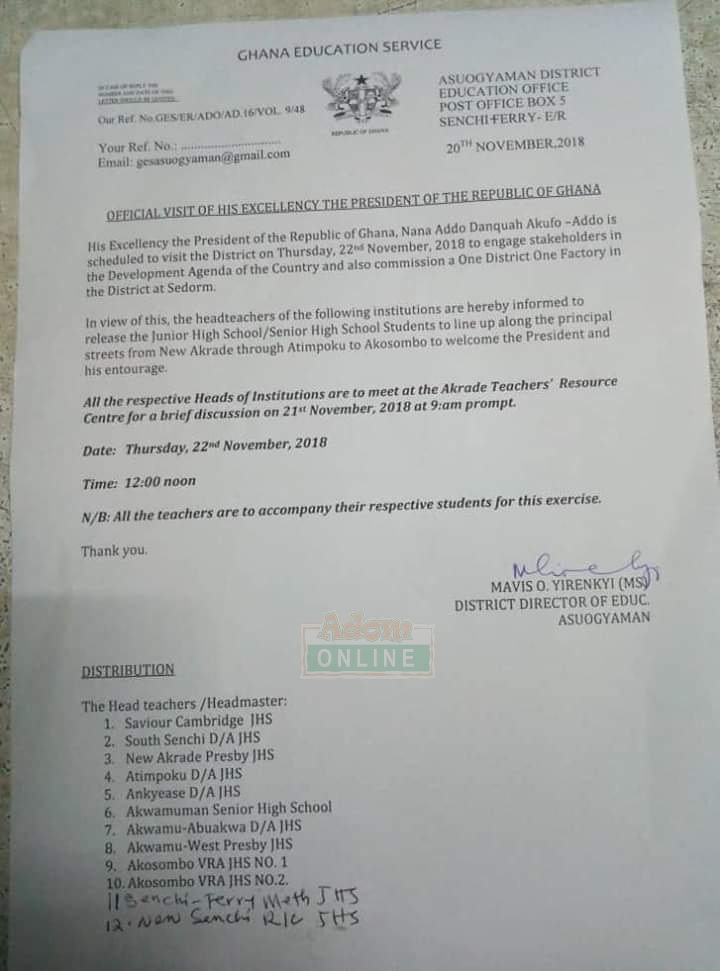 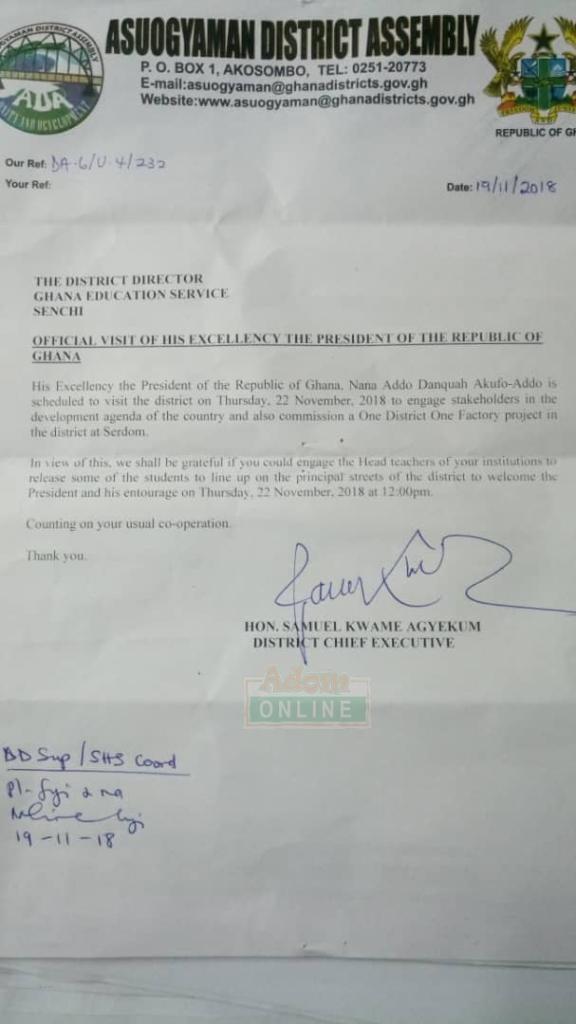